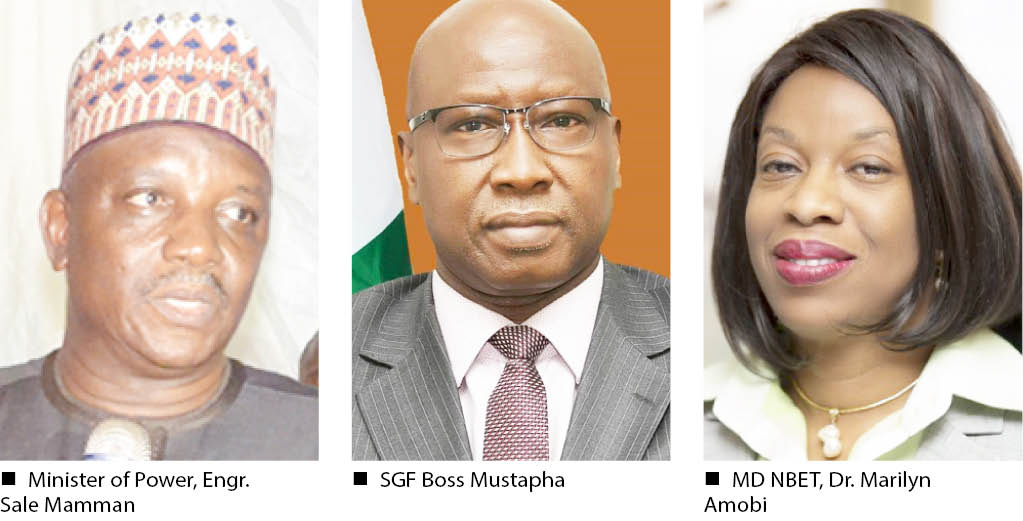 Some members of staff of the Nigerian Bulk Electricity Trading Company Limited (NBET) have applauded President Muhammadu Buhari’s decision to reverse the suspension of Marilyn Amobi as the managing director.

In a February 10 letter addressed to the president, the workers listed what they described as Amobi’s “key achievements” since her appointment in July 2016. Thirty-eight members of staff of the agency signed the letter.

Minister of power, Sale Mamman, had asked Amobi to step down amid allegations of fraud levelled against her.

The Minister had also directed an investigative panel to look into the allegations “with the view to restoring sanity in the Management of the company”.

In their letter to the president, the workers said his decision to reinstate Amobi was justified because she has “upheld the highest standards of leadership” at the agency.

The letter read: “Your Excellency, Sir, we applaud your just and fair decision to overrule the Minister of Power’s decision to suspend our MD/CEO because for over three years that we have worked under Dr. Marilyn Amobi’s tutelage and guidance, she has upheld the highest standards of leadership, integrity, service orientation, character, professionalism and decorum in handling her work.

“This has propelled NBET to the status of a world class public organization that operates with the highest standards of service delivery, despite the myriad of challenges which she has faced both on a personal and professional level in the course of discharging her duties.

“Dr. Amobi has an unparalleled passion to resolve the lingering problems of the Nigerian power sector and has continuously since her assumption of office in 2016, steered the Nigerian Power Sector in the right direction and towards a pathway to the attainment of sustainability. She is indeed an asset and a force to be reckoned with in the power industry and we, the staff at NBET, are privileged to be under her tutelage and proud to have her as our MD/CEO.”