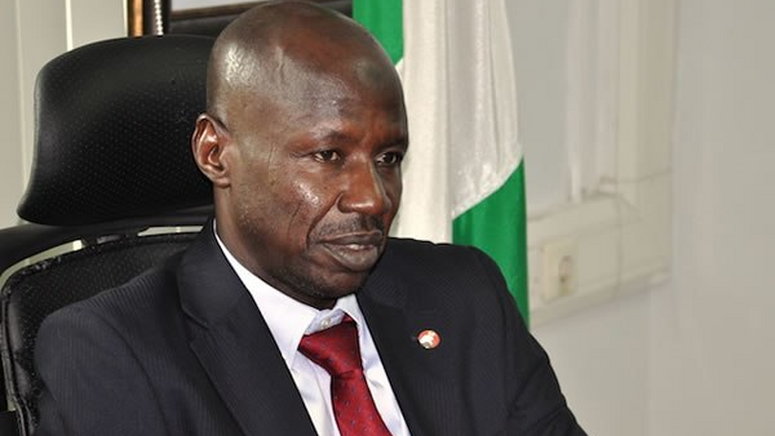 The Economic and Financial Crimes Commission, EFCC, on Monday, February 24, 2020, sought the order of Justice Abdullahi Mikhail of Niger State High Court, to relist the former governor of Niger State, Muazu Babangida Aliyu and two others for trial for money laundering and breach of trust.

Aliyu had faced prosecution by the Economic and Financial Crimes Commission, EFCC, along with his then Chief of Staff, Umar Nasko, and the chairman of the Peoples Democratic Party, PDP, Niger State Chapter, Barrister Tanko Beji, on amended seven-count charges, bordering on criminal breach of trust, but the case was however, struck out in favour of the defendants.

The EFCC through its prosecution counsel, G.K Latona, filed an application, dated February 11, 2020,  praying the court to grant an order, “relisting Suit No: NSHC/EFCC/2C/2017, Federal Republic of Nigeria vs. Dr. Muazu Babangida Aliyu & two others, whose charges were struck out on  February 10, 2020.

Also in an affidavit, dated February 11, 2020, the Commission stated that the suit No. NSHC/EFCC/2C/2017 was filed by the Commission before the court in 2017 and handled respectively by Justice Aliyu Mayaki, now the Chief Judge and Justice Mohammed Mohammed, before assigning it to Mikhail.

According to paragraph five of the affidavit, the case was also prosecuted by a counsel from the Commission and handed over in 2018 at the request of the nominal complainant (Niger State Government) to the consortium of law firms of Chief J.S Okutepa, SAN, and Chief Olumuyiwa Akinboro, SAN, for continuation of prosecution.

The affidavit also stated that the consortium of firms represented by one Boniface Bassey appeared before the court and withdrew their representation in the case.

Paragraph nine of the affidavit states that: “At about 1100 hours on February 10, 2020, the Commission became aware that the industrial action had been called off by which time it was late for the prosecution counsel to proceed to Minna for court session.

The EFCC further stated in another paragraph of the affidavit that the “complainant are desirous of prosecuting this matter diligently and that the accused persons would not be prejudiced by the granting of this application,” and prayed the court to grant the application.

Counsel to the first and second defendants, Musa Suleiman and Ibrahim Isyaku, SAN, however, objected the application.

Counsel to the second defendant, Ibrahim Isyaku, in his objection told the court that he was yet to file a counter-affidavit, because he has no reason to do so, since there was nothing to contradict.

Justice Abdullahi Mikhail adjourned the matter till March 16, 2020, for continuation of hearing.