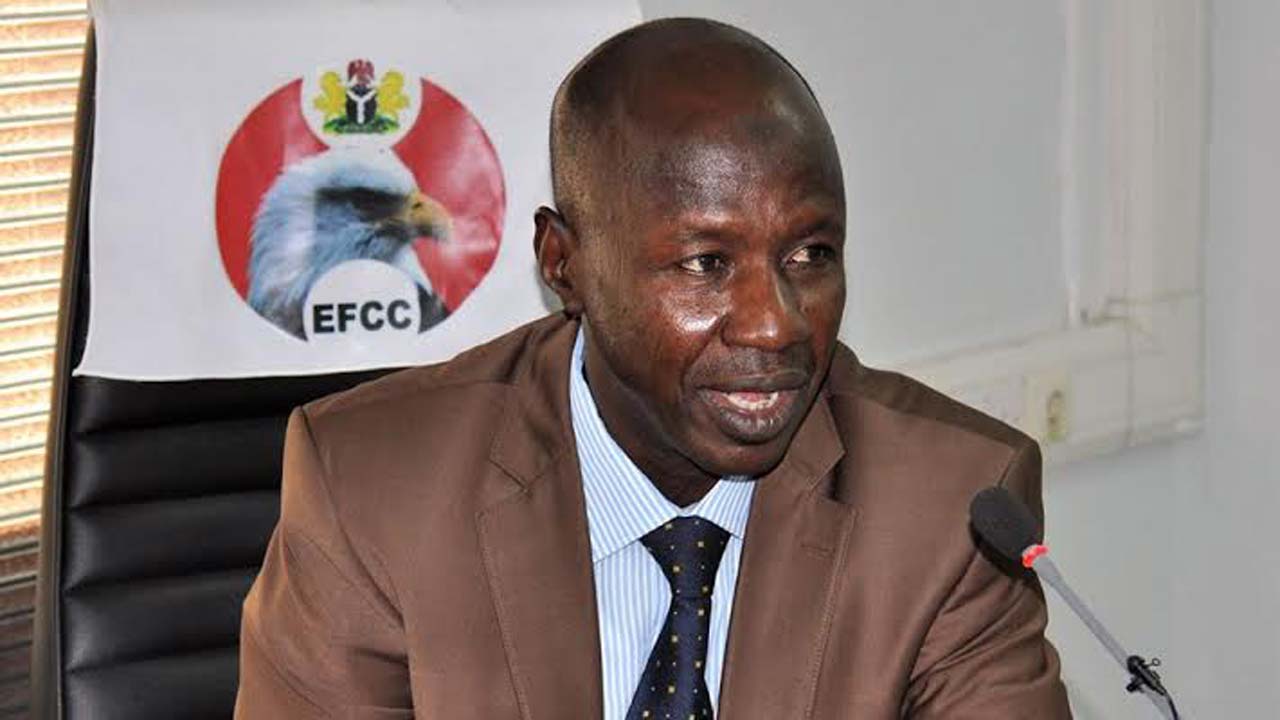 The Acting Chairman of the Economic and Financial Crimes Commission, EFCC, has called on students in tertiary institutions to change their attitudes and shun all forms of corruption.

Magu made the appeal on Wednesday, through Head, Cyber Crime Section, EFCC Port Harcourt Zonal Office, Helen Nagberi, who delivered a lecture on his behalf at the University of Port Harcourt, Rivers State, titled:  “Nationwide Attitudinal Re-orientation for Students in Tertiary Institutions.”

While calling on the students to focus on their studies and desist from all forms of cyber crime, Magu noted that, “Our attitude is the sum of who we are. The youth of today are exposed to a number of vices that are capable of ruining their lives permanently”.

Highlighting the negative effects of cyber crime, Magu noted that “It leads to prosecution and prison term for fraudsters, emotional trauma on the victim and his family and tarnishes the country’s image.”

The vice chancellor of the university, Prof Ndowa Lale, who was represented by the Dean of Student Affairs, Otu Ekpeyong, additionally urged the students to embrace attitudinal change as a means to secure a better Nigeria.

“This is important and timely on campus. On a daily basis, we are fighting all manners of vices on campus and we want a secured environment for all of us. Therefore, it is the work for all of us to orientate and change our attitudes to make Nigeria great,” Lale stated.

The programme which was organized by the National Orientation Agency, NOA to sensitize and encourage students in tertiary institutions to shun social vices and inculcate in them desirable behaviors necessary for national development, was attended by representatives of Nigeria Police, National Agency for the Prohibition of Trafficking in Persons, NAPTIP, the EFCC among others.