Stocks Plunge by the Most Since 1987 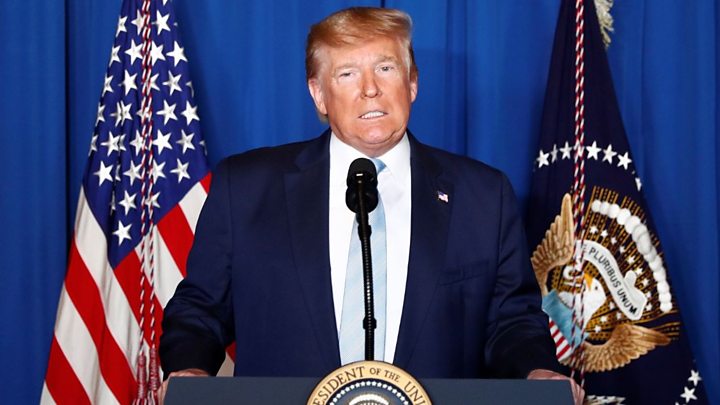 Stocks continued their plunge on Thursday, as President Trump’s latest effort to address the coronavirus outbreak — a ban on the entry from most European countries to the United States — disappointed investors who have been waiting for Washington to take steps to bolster the economy.

Trading was turbulent, with stocks staging a brief comeback as investors reacted to the Federal Reserve’s decision to offer at least $1.5 trillion worth of loans to banks to help smooth out the functioning of the financial markets. But the selling picked up again by midafternoon.

The S&P 500 closed down about 9.5 percent, its biggest daily drop since the stock market crashed in 1987, on what came to be known as Black Monday. The decline has left stocks in the United States firmly in a bear market — a term that signifies a decline of 20 percent from the most recent highs.

For the Dow Jones industrial average, the drop of 10 percent was also its worst since the 1987 stock market crash.

The travel ban hit shares in Europe particularly hard, with major stock indexes there down more than 10 percent. It also battered airline stocks. And, with oil prices falling, energy companies were among the day’s biggest losers, too.

Waves of selling have come as investors have been dismayed by Washington’s inability to rally around a meaningful response to the economic toll the outbreak will take. Mr. Trump said on Wednesday that he would extend financial relief for sick workers and would ask Congress for more. But he remained at loggerheads with Congress on more comprehensive measures.

The most notable step Mr. Trump announced on Wednesday, that the United States would stop travel from most European countries outside Britain for 30 days, hurt financial markets more than it helped. And on Thursday, he said he could restrict domestic travel to regions of the United States when the coronavirus becomes “too hot

“Until there are details on the steps that leadership intends to pursue to remedy the economic effects of the viral outbreak, equity markets will be vulnerable,” said Carl Tannenbaum, chief economist at Northern Trust.