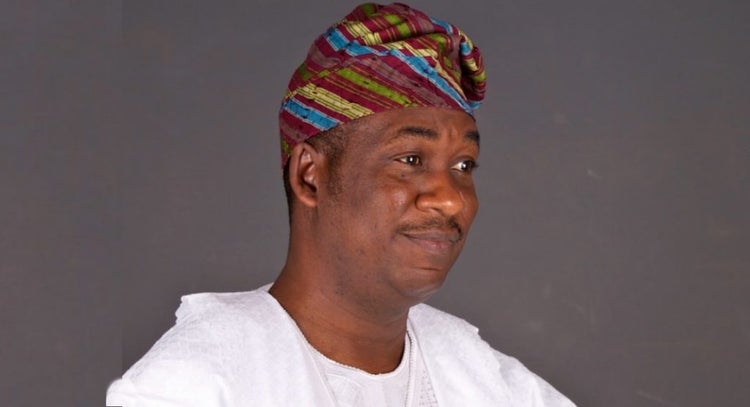 Lagos State government has expressed commitment to the Lagos State Agro-Processing Productivity Enhancement and Livelihood Improvement Support (APPEALS), a World Bank intervention programme, saying that the essence of the project is to improve on the productivity of farmers to increase food production in the state.

This commitment was given on Tuesday by the Deputy Governor of the State, Dr. Obafemi Hamzat after a close-door meeting of the State Steering Committee of the Lagos APPEALS at his office in Alausa, Ikeja.

Speaking to journalists after the meeting, Hamzat, who heads the State Steering Committee, said Lagos State is passionate about the APPEALS project because it is about people and farmers in the state.

“When you talk to farmers, they will tell you no farmer no nation; so I say no farmer no humanity. The reality is that we need to encourage our farmers to do better than they are doing now in terms of rice production.

“Other parts of the world have gone far in rice production that they do eight tones per hectare and we cannot be doing two and be happy. The essence is to improve on their productivity and the understanding of the market so that farmers can live well and we can also have food to eat.

“Lagos eats or consumes 50 per cent rice in Nigeria. So it must form part of what we are interested in, that doesn’t mean that we can grow everything we need but we can assist even other states.

“Then poultry is also key; again poultry consumption is high in Lagos and then of course we have a lot of water for aquaculture.

That is why we selected those three and various other states selected other three that they can do,” Hamzat said.

The deputy governor, while stressing the importance of the APPEALS project to Lagos State farmers and people living in the state said APPEALS is a project that gets some funding from the World Bank and it is about agriculture.

“It is to empower people at the grassroots, about thirty percent to women and 10 per cent to people living with disabilities in different strata. The project is spread across the country but for Lagos, it is aquaculture, rice production and poultry.

“So, basically, it is to help farmers to improve their productivity. We are getting just a strain of ofada rice; there are different varieties of ofada rice but when it comes to processing, it becomes difficult when it is in different strains. So, it is better to have one strain and then improve on the productivity.

“Right now, they do about two tones per hectare and we want to get it to four, five or six tones. So those are the types of support the project is supposed to do for a lot of people.

Over 4,000 people have been identified and they have been trained. So, it is just to make sure now that we go to the real practical of it, which is actually to the work, which is what will happen this year.”

Also State Project Coordinator (SPC) of Lagos APPEALS, Oluranti Sagoe-Oviebo, said aquaculture, poultry and rice are the three value chains that are advantaged areas in terms of production in the state.

She said the project is for two categories of beneficiaries, which are farmers with about three years farming experience and women and youths who are passionate about agriculture but who don’t have the wherewithal.

“Appeal is the collaboration of Lagos State government with the World Bank and Federal Government. But basically, aquaculture, poultry and rice are the three-value change that is advantaged areas in terms of production and the value chains in Lagos State.

“For instance, Lagos is the centre of the aquatic splendour and centre of excellence. We have a lot of water; we have a lot of farmers, fish farmers and we are looking at how do can actually support farmers even diversifying beyond catfish farming to tilapia.

“We want to utilize our water bodies with the cage culture that is one area. Then in collaboration with the state government, we have a 33 metric tones rice help. What the Lagos State government is looking at is how to support youths and women to produce.

Lagos is the centre that is where the market is and we have to trigger production and that is what Lagos State government is doing,” Sagoe-Oviebo said.