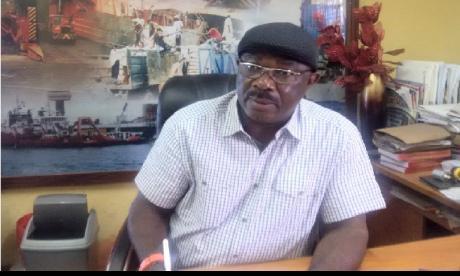 Aniebonam made this commendation in a chat with Journalists while reacting to allegation of Corruption leveled against SON as well as their alleged Portal system collapse in his office in Lagos.

He was specifically elated that SON has been consistent in enforcing government regulations, as well as prompt rectification of the issues confronting their portal system.

On the allegation of Corruption against officers of SON he said, “And for the avoidance of doubt, anybody who thinks he can intimidate officials of government, you are just wasting your time because they have their statutory responsibility to enforce regulations.

All these trumped up allegations are so inconsequential to the operations of the ports. The subject matter is compliance.

“If you have a transaction and it is not going through with intent to cheat or circumvent regulations, is that the temerity you have to turn to blackmail?

“I think that the whole thing is all about the impunity of Nigerians to circumvent the law. The subject matter is not about the Standards Organization, the subject matter has to do with agencies of government who have responsibilities to enforce regulations of the government and because we don’t do that, that is why all these people could open their mouth and say rubbish.

“Ask me, if SON is upgrading their system to give us better service, is that the noise we are making? And this thing makes no issue as it were for the fact that it did not take them time even when that was on, a proviso was made to ensure speedy clearance of cargo. I think some of us, when we have something to hide and when we are not able to hide it further, we turn to blackmail”, he queried.