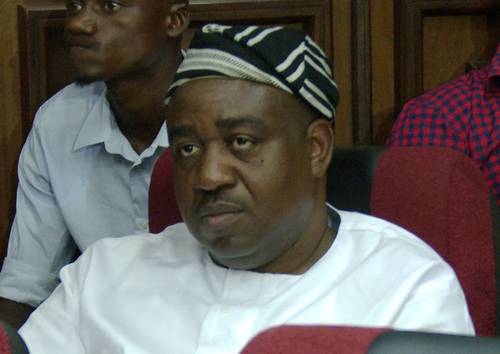 The Economic and Financial Crimes Commission, EFCC is prosecuting Suswam and the Commissioner for Finance in his administration, Omadachi Okolobia on money laundering charges to the tune of N3.1billion.

The duo are alleged to have conspired to launder money, belonging to the state government through the engagement of Abubakar Umar, a bureau de change operator and owner of Fanffash Resources.

At the resumed hearing on February 12, 2020, Umar, the fourth prosecution witness, PW4, under cross-examination by Paul Erokoro, SAN, counsel for the second defendant was asked if he took the money to the former governor in his Kubwa, Abuja residence.

Umar, however, insisted as earlier stated in previous hearings that: “I told the court that I took the money to Suswam in Maitama and I don’t know any statement of taking money to Suswam’s house in Kubwa.”

Further probing him on his earlier statement, Erokoro, insisted that the witness made the statement before Justice A.R. Mohammed of a Federal High Court, Abuja, while he was still presiding over the fraud trial of Suswam and Okolobia.

Erokoro quoted Umar to have at the previous trial, said: “When I saw the alert, I changed the money equivalent to dollars and took it to Suswam’s house in Kubwa”.

Counsel for the EFCC, Rotimi Jacobs, SAN, however, raised objections to the line of questioning by Erokoro, insisting that the witness never said what Erokoro claimed he said before Justice Mohammed.

“The entire statement is not the testimony of the witness before Justice Mohammed,” Jacobs argued.

Erokoro, however, maintained that he was merely quoting the records of the proceedings under Justice Mohammed, arguing further that it could only have been the witness being quoted by the former trial judge. He thus urged the court to “allow the question as the court is bound by the printed words in the records of proceedings which is presumed to be correct”.

Justice Abang, thereafter, allowed the question “in the interest of justice” stating that he could not make findings on issues arising from a document that was not before the court.

In an attempt to further make clarifications, Umar said: “All I told Justice Mohammed is that I took the money to Government House in Maitama and not Kubwa.

“Yes, I know I gave different versions of how I delivered the money, but it wasn’t any of the defendants, and nobody told me about Kubwa and I know I took the money to Maitama.”

Erokoro, afterwards, tendered the certified true copies, (CTC) of the records of proceedings before Justice Mohammed, which was admitted in evidence.