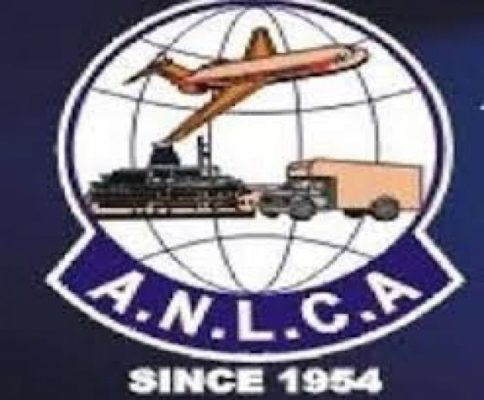 The National President of Association of Nigerian Licensed Customs Agents (ANLCA) has cautioned that the N2trillion revenue target set for the Nigeria Customs Service in year 2020, saying that the target would make customs officers more desperate in their attempt to meet up.

National President of ANLCA, Mr Tony Iju Nwabunike who made this known said the continual setting of Customs target by the federal government negates its vanguard of local manufacturing, encouraging exportation of Nigerian goods and services as well as abolishing importation of certain cargoes.

He expressed fears that in the quest to meet their target, custom officers would become overzealous and start issuing excessive alerts, demand notices which would in turn, frustrate legitimate business.

“ANLCA is against the federal government giving the Nigeria Customs Service a target, this is the only country that is setting target for their customs, the Customs Service is supposed to facilitate trade and ensure security of goods and services in and out of the country, and moreover to maintain the standard of import guidelines and procedures”

“This issue of setting target for customs is putting them under pressure, the government should look for trade facilitation, our customs should not be an inland revenue or VAT agency, they should allow custom to work according to world standard, they should look into the proper nomenclature of how customs is being run”

“The issue is very clear, by the time you give them revenue target, have you targeted the inflow of goods and services into the country? What is the number of cargoes coming into the country that would enable us generate that kind of target? Are they trying to impress people to import more when the government is preaching export and local manufacturing, it negates each other”

“They are indirectly telling customs to start giving unnecessary taxations that is criminal, if for example you tax people negatively, it becomes a criminal matter, so why is the federal government of Nigeria putting customs under pressure with revenue generation, they should allow customs to relax to do their work in line with World Customs Organization (WCO) standards”

“Now that they have been given target, I still want the Customs not robe overzealous in getting their revenue surpassed, because this would give the strength to start issuing multiple alerts, demand notices, multiple customs unit all in the name of meeting their target and they would become aggressive unnecessarily and even get to the market to search for goods that has  already gotten into the market, I am strongly against it” Iju told our correspondent

The number one customs broker in Nigeria also urged the government to set aside a certain percentage of the total revenue generated by the Customs yearly and compensate the declarant.

According to him, without the declarant who are licensed customs agents, it would be difficult for customs to generate a dime from the port.

He said “Customs cannot raise any revenue without the assistance and consent of the declarant. The declarant are the Customs Brokers who use their license in generating the revenue on behalf of their importers”

“This is something that we need to seat together with the Customs if they really know the stuff we are made of.

Before now, we were asking for percentage on all money collected by the Customs, but since the CRFFN is coming up, it would be an aberration for us to start talking about percentage again whereas the CRFFN POF would take care of our welfare, training and retraining of our members”

“The government should set a percentage of whatever we are generating and give back to us” he said.