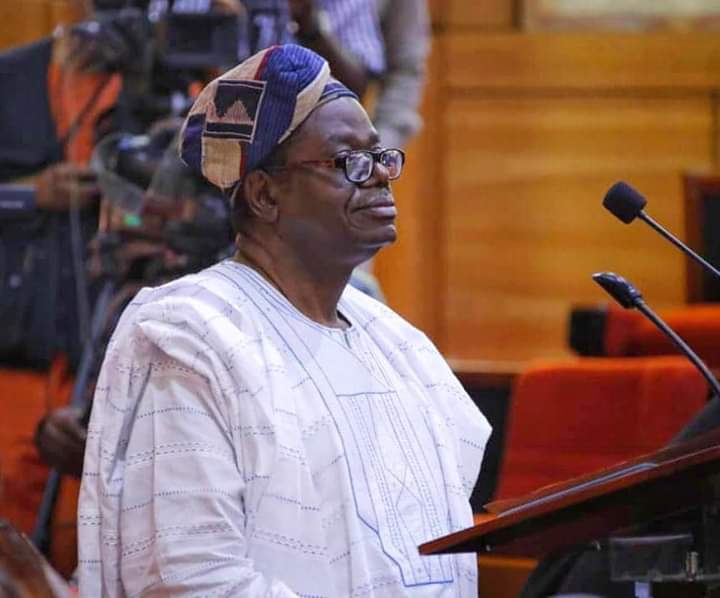 The Minister of State for Niger Delta Affairs, Senator Tayo Alasoadura, says the dissolution of the recently screened board of the Niger Delta Development Commission (NDDC), was in order, as the move prevented the perpetuation of corruption in the interventionist agency.

The minister, during a courtesy visit to Governor Godwin Obaseki at Government House, in Benin City, said the new leadership of the ministry would not sit and watch corruption thrive, which is why it worked meticulously to put the right people in the right places.

Governor Obaseki said his government will support the reorganization that is taking place in the NDDC.

“I don’t believe that there is any other state that has been deprived like Edo in terms of resources that were allocated to it through the NDDC.”

Alasoadura said, “The first thing is the forensic audit. We have to know what was wrong in the past and what we can do to ameliorate it.

“We know a lot of corrupt practices were perpetuated in NDDC in the past, as almost N3 trillion was expended with nothing to show for it. We have about 12,000 abandoned NDDC projects and these are projects that are not really worth doing at all.”

He noted that the ministry was happy with the dissolution of the NDDC board by the president, as it was set up at a wrong time, stressing, “When we were saying we want to find out what had happened in the past, people just rushed to form a new board and as far as we are concerned, we saw that as ensuring it was business as usual for the new people.”

Senator Alasoadura commended Governor Godwin Obaseki for ensuring a conducive environment in the state for businesses to thrive and assured of the ministry’s support for the government. The minister expressed dissatisfaction with the quality and state of the housing estate projects executed by the ministry in the state, adding that he was in Edo to evaluate such projects.