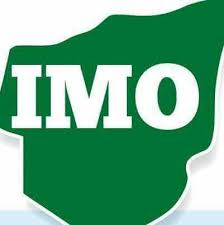 The Imo Economic Summit Group says it is unveiling socio-economic colloquium in Owerri, Imo State, which will be the first in its series.

It said it would be doing this in collaboration with the International Economic Summit Group and the Imo State Ministry for Budget and Economic Planning.

A statement said the colloquium, themed, ‘Imo 2020 budget analysis and investment outlook: Opportunities, promises and impactful execution and the ease of doing business’, was aimed at contributing to the sustainable development of the state.

The Founder and Vice Chairman, Signal Alliance and the Director, Summit Planning committee, IESG, Mr Collins Onuegbu, said sons and daughters of the state who have distinguished themselves both home and abroad in the areas of economics, leadership, commerce, law and good governance would drive the conversation.

According to him, critical stakeholders of the project are rallying under a platform to collaborate with the government in attracting private sector expertise and capital to fast-track the socio-economic growth of the state.

Onuegbu added that discussions at the colloquium would be spearheaded by renowned economic experts such as the business executive, and consultant to many business organisations, Mr Chidi Okoro, an international voice and good governance and rights advocate, Prof Chidi Odinkalu and an economist and an associate professor at the Lagos Business school; Bongo Adi among others.

The statement also quoted the Director, Strategy and Media Communications, Mr Pascal Odibo, as saying, “We are set to champion for the overall good of the business environment, a non-partisan, transparent and predictable agenda for the socio-economic development of Imo State.”

The summit sponsored by Victoria Farms, one of the local private sector successes in the state will hold on January 2.