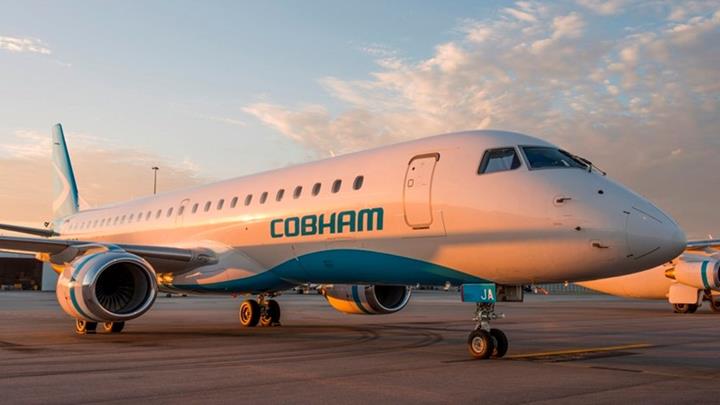 The government has approved a US private equity firm’s takeover of UK defence and aerospace company Cobham.

Advent International made a £4bn offer to buy Cobham in July, but it was delayed when the government intervened over national security concerns.

The government announced its approval of the deal late on Friday night – which the firm’s founding family said was “timed to avoid scrutiny”.

Cobham, which employs 10,000 people, has extensive contracts with the British military and is seen as a world leader in air-to-air refuelling technology.

The firm, based in Wimborne, Dorset, also makes electronic warfare systems and communications for military vehicles.

Its expertise played a significant role in the Falklands War, allowing the Royal Air Force to attack the remote Port Stanley airfield.

Defence experts said its role in air-to-air refuelling was essential for modern warfare and could raise national security issues if the company was sold.

Shareholders approved Advent’s offer in August, but a month later the government intervened in the takeover, citing national security concerns.

In a statement on Friday, Business Secretary Andrea Leadsom said she was satisfied the risks that had been identified had been mitigated “to an acceptable level” – and allowed the deal to go ahead.

Mrs Leadsom said the decision had been “meticulously thought over” and came after she took advice from the defence secretary and the deputy national security adviser.

The business secretary added sensitive government information would continued to be protected under the new owner and existing contracts would be honoured.

The company is also obliged to give the government prior notice of any plans to sell the whole, or elements of, Cobham’s business.

Lady Nadine Cobham – part of the family which set up the UK firm – called the decision “deeply disappointing” and criticised the timing of the decision.

She said it was “cynically timed to avoid scrutiny on the weekend before Christmas”, adding: “In one of its first major economic decisions, the government is not taking back control so much as handing it away.

“In Cobham we stand to lose yet another great British defence manufacturer to foreign ownership.”

One defence analyst remarked that it was as if the government rather wanted no-one to notice what had happened.

The curious timing may actually draw more attention than if it had been done at a more normal hour – few doubted the government would block the deal, and shareholders in Cobham have already voted overwhelmingly in favour.

It says something of the sensitive nature of Cobham’s business that much of the published version of the competition regulator’s report on the takeover was simply blacked out.

In one unedited passage of the report, the Ministry of Defence said if the deal went ahead there was “a risk that the institutional framework and safeguards required by the government’s security framework may be undermined”.

Sir Ed Davey, acting leader of the Liberal Democrats, said the announcement was “deeply concerning” and said “we have yet to see evidence” that concerns over national security had been mitigated.

“If Boris Johnson’s government are happy to sell off a leading UK defence and aerospace company to Trump’s America, how can we expect his government to protect our defence and manufacturing sectors, not to mention every other sector of our economy, as they negotiate trade deals after Brexit?” he added.

When asked if he was comfortable with the takeover, the prime minister said: “I think it’s very important that we should have an open and dynamic market economy.”

Mr Johnson added: “A lot of checks have been gone through to make sure that in that particular case, all the security issues that might be raised can be satisfied and the UK will continue to be a very, very creative and dynamic contributor to that section of industry and all others.”

“We are confident the transaction and undertakings being given on national security, jobs and future investment, provide important long-term assurances for both Cobham’s employees and customers, particularly in the UK and also globally,” Mr Malani added.