I never saw myself as a politician until 2018, says Sanwo-Olu 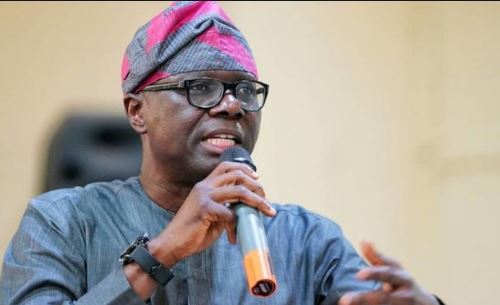 Lagos State Governor Babajide Sanwo-Olu said yesterday that he never saw himself as a politician for over a decade that he held public offices, until 2018 when he emerged to contest as governor of Lagos State.

For all those years he was appointed to political offices, the governor said: “I saw myself purely as a professional – a technocrat- in politics and public service”.

Sanwo-Olu spoke at a lecture he delivered at the 3rd Alumni Lecture of the University of Lagos, (UNILAG), Faculty of Engineering Alumni Association, held at the university campus.

The governor is an alumnus of UNILAG and passed through the Engineering faculty.

The title of the lecture was: ‘Professionals in politics: Panacea for sustainable national development.’

The opportunity to run as governor, Sanwo-Olu said, “was a bigger responsibility than anything I had ever done, and unlike everything before, not a role to which I could be simply appointed. I can say that it was at that point that I became a politician.

“First, I had to submit myself to campaign and contest the primaries of my party, the All Progressives Congress, for the governorship ticket of Lagos State. Then an even bigger challenge followed: I had to campaign and contest for the seat of governor. I had to sell myself and my party to the people of Lagos, the most populated and most sophisticated state in Nigeria, and hope that our message would resonate over and above that of other contestants.”

The governor, however, said politics is an integral part of the human existence and all around us, even in the private sector as politics is present in every office, in every boardroom, in every social club.

He added that there is no rigid and distinct line between a ‘professional’ and a ‘politician’.

“We start out as professionals in various fields of expertise, and then naturally, along the way, the lines blur into the territory of politics. Not everyone ends up becoming a full-blown politician as I have; but many will comfortably occupy the professional-in-politics segment, as I did,” Sanwo-Olu said.

He, however, said politics could be viewed as a professional calling, adding:  “We must not shy away from embracing our political nature; we are all political creatures, regardless of whether or not we ever get involved in partisan politics.

“I believe that we must reclaim the word ‘politics from negativity. It is often given a negative colouration that it does not deserve and that is misleading.”