‘Airlines’ Indebtedness to NCAA over N10bn’ 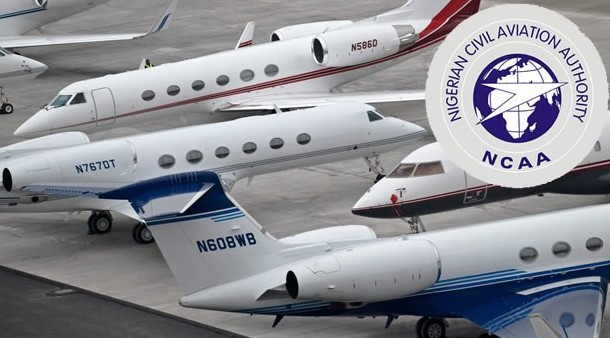 The Nigerian Civil Aviation Authority (NCAA) says the agency has put in place measures to prevent the emergence of new debts from airlines.

According to NAN, Samuel Adurogboye, the general manager, public relations of NCAA, said airlines’ indebtedness to NCAA is more than N10 billion.

Adurogboye said old debts owed by airlines were defrayed a little by ensuring that the defaulters show evidence of payment before services are rendered.

The debts are said to have been accrued from five percent ticket and cargo sales charges collected by the airlines in trust for the regulators.

The ticket sales charges (TSC) is a charge collected for the agencies by the airlines in trust, to be remitted to government coffers.

“However, we have put up a system that prevents emergence of new debts via the automation, ” Adurogboye said.

“The old debts are being defrayed little by way of ensuring that the defaulters show evidence of payment before services are rendered.

“We applied appropriate sanctions whenever there is an infraction as a deterrent and to prevent a re-occurrence.

“NCAA is working hard to ensure that the airlines are operating safely in and out of our airspace.

He said Nigerian travel agencies are being controlled through registration and the process is ongoing.

He said the main source of revenue for the agency remained the internally-generated income from the five percent on TSC and five percent cargo sales charges.

The NCAA spokesman said NCAA controls passengers’ complaints in line with the provisions of the Nig. CARs

He said domestic airlines are insured overseas, and that this was largely because of the heavy capital involved.

He said NCAA still ensures that airlines are properly and adequately insured so that they would be in a position to fulfil their part of the bargain in the event of an occurrence.

“NCAA has been at the forefront and also an advocate of training and retraining as a way out of manpower and ageing workforce staring us in the face,” he said.