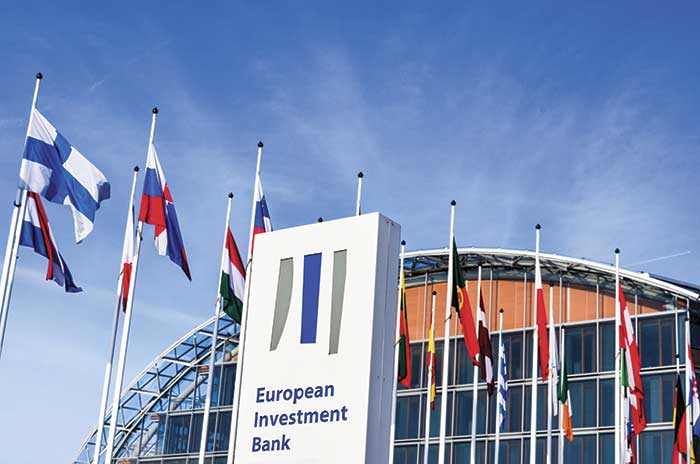 The European Investment Bank on Thursday took a landmark decision to stop funding fossil fuel projects at the end of 2021.

The bank’s new energy lending policy, which was approved with “overwhelming” support, will bar most fossil fuel projects, including traditional use of natural gas, bank vice president, Andrew McDowell told reporters in a call.

“This is an important first step – this is not the last step,” McDowell said.

The ban on funding comes into effect a year later than originally proposed after lobbying by European Union member states.

Under the new policy, energy projects applying for EIB funding will need to show they can produce one kilowatt hour of energy while emitting less than 250 grams of carbon dioxide, a move which bans traditional gas-burning power plants.

Gas projects are still possible, but would have to be based on what the bank called “new technologies,” such as carbon capture and storage, combining heat and power generation or mixing in renewable gases with the fossil natural gas.

Environmental organizations celebrated the EIB decision, but expressed disappointment at the one year delay.

“Hats off to the European Investment Bank and those countries who fought hard to help it set a global benchmark today,” Sebastien Godinot, economist at WWF EU said in a statement.

The EIB’s decision was expected, coming after EU finance ministers last week unanimously backed the phasing out of funding of gas, oil and coal projects to help combat climate change.

A decision on fossil fuel funding was planned already last month, but was postponed due to divisions within the bloc as some countries wanted gas funding to continue, prompting McDowell to write a letter to the bank’s current 28 shareholders, the EU member states, on Nov. 5.

In the letter, McDowell suggested pushing back the originally proposed end of fossil fuel lending from the end of 2020 to end of 2021, something the European Commission has lobbied for.

The European Commission has only an observer role on the EIB board, but the powerful EU executive body has much sway and holds the power to cast a deciding vote at a deadlock between the bank’s current 28 shareholders, the EU member states.

There was no need for that as the bank said that members representing 90% of its capital had approved the new energy lending policy.

The EIB, the biggest multilateral lender in the world, has ambitious goals on sustainable finance. McDowell said the bank wants to “set the standard” for what it means for a multilateral bank to be aligned with the Paris agreement.