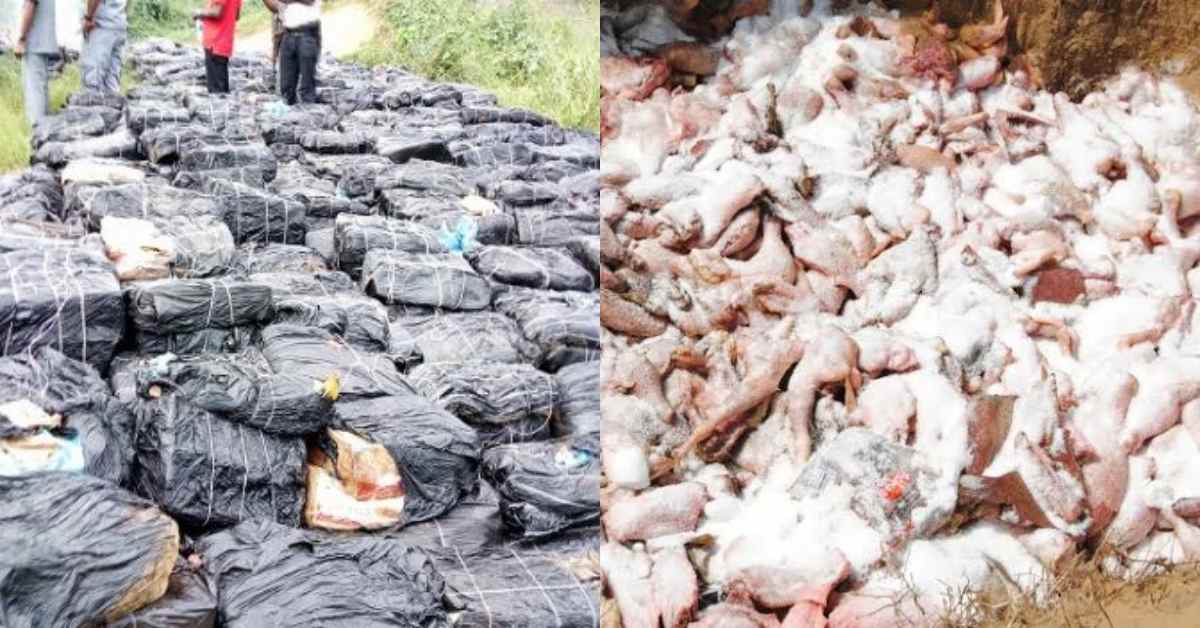 The Deputy Comptroller, Yahaya B.U stated that the seizures of 1,393 (One Thousand, Three Hundred and Ninety Three) cartons of frozen poultry products seized on Saturday 9th & 11th day of November, 2019, by his team with a Duty Paid Value of Thirteen Million, Three Hundred and Seventy Two Thousand, Eight Hundred Naira (13,372,800.00).

Yahaya revealed that the seizure of the smuggled frozen poultry products was owed to a combination of the Unit’s intelligence and Enforcement capacity.

He said smugglers were getting sophisticated and the customs has devised means that are more sophisticated in order to counter them and renewed effort to give smugglers a run for their money.

The Deputy Comptroller said it was very obvious that with the border closure, creeks would be their next options, but the officers are keeping vigil as the command will continue the onslaught until the smugglers retreat.

Yahaya reiterated that the community relationship between the officers and villages along the coast has been of benefit to the success and it has come to stay.

He added that the availability of operations tools and personnel motivation instills prompt response in the men whenever any alert was raised.

He said that the frozen poultry products totaling 1,393 cartons were being smuggled and conveyed in ten (10) vehicles.

Furthermore, he stated that Nigeria Customs Service maintains that the importation of frozen poultry products remained prohibited and that destruction of the products was in compliance with the Federal Government’s policy on imported poultry products.