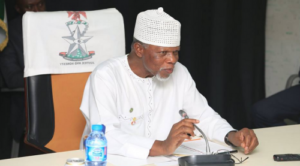 All Nigerian land borders will remain partially closed. No date has been set for reopening, the Nigerian Customs Service (NCS) clarified on Sunday.

Reacting to reports in the media insinuating January 2020 terminal date, spokesman of the NCS, Mr. Joseph Attah explained that the internal memo referred to did not set any date for the reopening of the borders.

According to him, the memo was only referring to the terminal date of the Joint Security EX SWIFT Response, which was inaugurated to enforce the closures.

Attah insisted that the partial boarder closure would last till the achievement of its set objectives.

He said: “Please note that the internal memo is referring to the end of this phase of the joint security Ex Swift Response and NOT a terminal date for the partial border closure.

“Security operation of this kind is usually in phases.

“The partial border closure will continue until the set objectives are achieved,” he added.