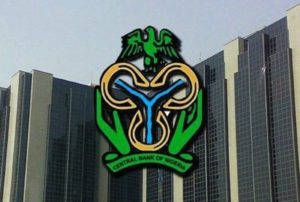 The latest directive from the CBN, which is intended to stimulate the economy by spreading lending more widely, amongst other reasons, participation at the auctions should be based on proprietary and non-proprietary basis.

According to the apex bank, the listed investors are excluded from participating in auctions for open-market operations, which are short-term central bank securities.

Speaking on the policy measure, the apex bank’s Director, Corporate Communications, Isaac Okorafor, told Bloomberg: “We don’t want to leave room for arbitrage. It will discourage banks from giving loans to “speculators” who want to buy government securities instead of investing in the “real economy.”

Okorafor explained that the measures were in line with a wider policy to penalize banks that don’t boost lending.

Analysts believe that the monetary authorities were not comfortable with the level of demand at the OMO auctions in recent times and have, therefore, decided to limit participation by some measure of control through policy initiatives.

However, some of them felt that the latest measure may not totally reduce the high level of demand for OMO auctions sustainable given the fact that the excluded investors still have access to the secondary market.