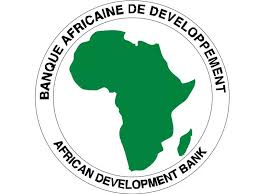 The African Development Bank (AfDB) said it was willing to assist Nigeria develop its aviation sector road map put together in 2012.

The continental financial intervention body said its interest to assist was sequel to the invitation by Ministry of Aviation, whose officials invited it to examine the sector road map and consider ways to intervene.

Its Head, Transport Desk, Patrick Tamba Musa, who made this known, while delivering a paper on AfDB role at developing transport infrastructure in Africa, said its finding indicated two major issues to be trashed out at the Murtala Muhammed International Airport, Lagos.

He listed them to include the need to create a metro line into the airport as well as the urgency of linking the domestic terminal with the international terminal with either a light rail or bus services.

Musa said there was sufficient land to develop the Nnamdi Azikiwe International Airport, adding that the studies indicated Port Harcourt Airport does not have sufficient passenger traffic to stimulate further investment, or intervention.

On the Mallan Aminu Kano International Airport, he said the terminal has low passenger traffic.

He said the AfDB besides its advisory role continues to express financial commitment to Nigeria’s aviation infrastructure development.

Musa said the AfDB has been managing its transport portfolio in Nigeria, which includes five on – going projects with a total value of $ 457.74 million.

He said,” The AfDB has programme for aviation infrastructure. Nigeria needs to look at public private partnerships.

The private sector needs to play a role because government does not have the money to provide the needed airport infrastructure. This is the reason why all airports cannot be concession