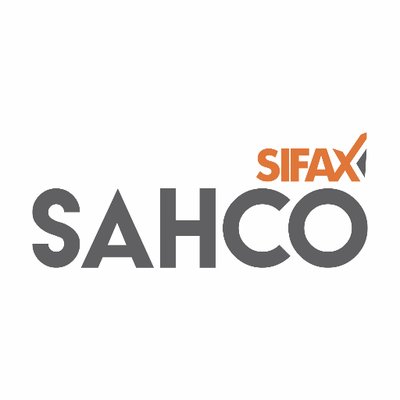 SAHCO which recently bagged the ‘Most Impactful Ground Handling Company of the Year’,  expanded its cargo warehouse to accommodate its growing activities.

The equipment purchased by the aviation services firm includes Baggage Carts, Conveyor Belts, Passenger Steps and Static Pallets which are of high quality with exceptional features.

The Passenger Steps which are manufactured in Italy by Bombelli are equipped with peculiar safety features that prevent unwarranted interference, some of which include censors that automatically slow it down to snail speed to avoid any form of collision with aircraft. The Ground Support Equipment which can both be remotely and manually operated thereby making usage very flexible can be used for both wide and narrow-body aircraft seamlessly.

Just like the Passenger steps, the Conveyor belts are the latest model in the aviation market, they are equipped with Aircraft Proximity Censor which gives a signal when approaching the aircraft to avoid collision and they can go as high as 6ft, unlike the old model which could only do about 3 feet.

Also, the static pallet dollies are made of synthetic aluminum which prevents rusts, very rugged and easy to lift from all angles without folding or damaging the flatbed. Just like the pallets, the newly acquired baggage carts model has special features which include; higher ground clearance that enhances accessibility, a canopy, and is kitted with synthetic aluminum that prevents rust.

SAHCO’s constant investments in ultra-modern equipment are one of the reasons the organization stands out among its competitors. Recently, SAHCO invested in brand new baggage tow tractors to boost its operations across the country, this immense investment in modern technology and state-of-the-art equipment which has resulted in excellent performance has boosted clients’ confidence and even brought about an interest in intending clients.

‘The Most Impactful Aviation Ground Handling Company of the year’ award, was giving to the company by the Association of Foreign Airlines and Representatives in Nigeria (AFARN).

The award which was presented to SAHCO during its 2019 Summit/Awards at the Sheraton Hotel & Towers, Ikeja, Lagos with the Theme: ‘Unlocking Potentials in the Aviation Industry through safety’, had in attendance key industry stakeholders and industry regulatory agencies.

According to the organizers, SAHCO won the award because ‘SAHCO’s services have continued to make great strides in the industry’ due to SAHCO’s unmatched track records in providing quality, safe and speedy Ground Handling services in the Aviation industry over the years.

As part of the Panelist at the summit, Mr. Basil Agboarumi, Managing Director/CEO, SAHCO, stated that the importance of safety in the aviation sector cannot be overemphasized. He reiterated the need for alignment of purpose and vision in order to ensure safety is sustained while also stressing that Ground Handlers, Airline companies, and all the stakeholders must work together so as to unlock potentials in the Aviation Industry.

In the same vein, the Central Bank of Nigeria (CBN) has expressed appreciation to SAHCO for the company’s unwavering support and commitment towards the success of the 2019 general elections, urging SAHCO to sustain the commitment for quality service delivery at all times.

The CBN stated that they were pleased to express their appreciation for SAHCO’s active role and participation in the national assignment, stressing that SAHCO’s unflinching support and commitment towards the success of the Independent National Electoral Commission (INEC) operations has been recognized and placed on record by the management of the bank.

SAHCO provides services in Ramp, Passenger, and Cargo Handling. It is involved in all the activities that take place from the time an aircraft touches down on the tarmac to the time it is airborne, while also ensuring that Aviation Ground Handling services are carried out in an efficient, speedy and safe manner by deploying the right tools.