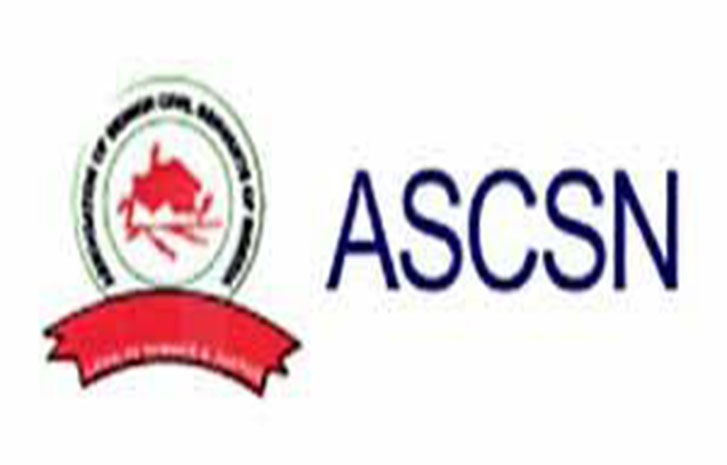 Organized Labour under the aegis of Association of Senior Civil Servants of Nigeria, ASCSN,  has condemned the extension of tenure granted seven Permanent Secretaries in the Federal Civil Service.

According to the Union there the need for the tenure extension to be reversed so that the affected Permanent Secretaries could exit the service quietly  in order not to trigger off other breaches of the Public Service Rules with its attendant negative consequences for the Federal and 36 State Civil Services.

“The illegal extension is already taking its toll on the morale of Directors whose prospects of reaching the peak of their careers have been circumscribed while Deputy Directors and other senior officers are equally affected.  This is certainly not good enough for the Service.

“As we speak, the Service is bleeding profusely as a result of the injuries sustained from this unwarranted attack on its fabric. A collateral damage has been done to the system and the only way out is to quickly reverse the extension”, the statement said.

The union said it is imperative for the Government to develop the capacity to adhere to rules not only because we live in a modern world where democratic ideals prevail but also because it enhances stability in the system.

ASCSN said the illegal extension of service of seven Permanent Secretaries could be interpreted to mean that the current administration indulged in selective application of Rules to favour preferred persons and that such perception would dent the enviable reputation of President Muhammadu Buhari as an incorruptible character.

It posited that some other officers billed to retire soon were already warming up to submit extension requests and that if the practice was not halted immediately, it might create credibility problem for the Administration, a scenario that could be avoided if the Permanent Secretaries affected were allowed to retire in peace and in line with extant Public Service Rules.

“Moreover, some unpatriotic elements who do not mean well for this country may come up years later when this Administration would have left the scene and start to cite what is happening now as a reason to do something untoward which may in the final analysis do collateral damage to the system and the country as an entity.  A bad precedent is therefore being laid and the earlier the illegal extension is reversed, the better for the continued growth, development and stability of the Civil Service.

“It is our hope, therefore, that Mr. President will do the needful by directing the Office of the Head of the Civil Service of the Federation (OHCSF) to reverse the extension and allow the Permanent Secretaries retire peacefully because if this is not done, it is likely to dent your esteemed image apart from acting as a bad precedent not only in the Federal Civil Service but also in the entire 36 States Civil Services of the Federation,” the Union added.

It recalled that in 2016, the Federal Government extended the tenure of the then Permanent Secretary, Federal Ministry of Petroleum Resources, Mrs. Jamila Shu’ara and despite all pressure by this Union for reversal of the decision, her tenure was extended again in 2017.