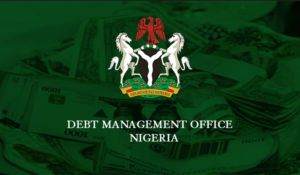 The Federal Government has recorded a total of N1.53tn from debt securities issued so far in the year.

Latest data obtained from the Debt Management Office revealed that the highest amount of revenue of N804.6bn was recorded from treasury bills.

On August 11, another N34.38 worth of treasury bills was auctioned. The DMO received N146.53bn subscription and allotted N34.38bn.

On September 18, another N179.75bn worth of treasury bills was auctioned, which saw a total subscription of N376.78bn.

The Federal Government saw its second highest revenue of N703.74bn from FG bonds.

The DMO said a total subscription of N197.09bn was received on the total N150bn bond offer while only N116.99bn was allotted.

In February, the DMO re-opened the APR2023 bond, offering only N40bn for subscription at 12.75 per cent.

The DMO recorded a total subscription of N234.25bn on the February bond auction but only allotted N150bn.

The bond auction was oversubscribed by 405.86 per cent, as the DMO only allotted N29.35bn from the total subscription of N148.47bn received.

This is due to the fact that the MAR2025 and FEB2028 bonds were fully subscribed and exhausted.

Investors oversubscribed to the bonds by N49.3bn while the DMO allotted only N97.4bn from the total subscription of N149.3bn received.

A total subscription of N271.11bn was received on the bonds while the DMO allotted N111.31bn.

The DMO received a total of N301.02bn subscriptions while it allotted N86.82bn.

However, the DMO said there was a non-competitive allotment of N44.5bn.

On September 17, the DMO published the September bond offer circular, reopening the APR2023, APR2029 and APR2049 bonds at the same interest rates.

As of the date of this report, no amount had been allocated as the DMO scheduled the allotment date for September 27.

No Eurobonds or sovereign sukuk issuances have been made this year.

The DMO issued the Federal Government’s only green bond for the first half of the year in June.

The offer for subscription of the N15bn green bond was by way of book build.

So far, the Federal Government has recorded N3.64bn revenue from savings bonds in the year.

In the third quarter of the year, a total of N898.02m was recorded.