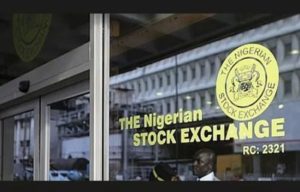 Trading closed positively on the Nigerian Stock Exchange on Friday with the market capitalisation improving by N25 billion.

The News Agency of Nigeria reports that the market capitalisation closed higher at N13.483 trillion compared with N13.458 trillion, an increase of 0.19 per cent.

Conversely, Cadbury topped the losers’ chart, declining by 70k to close at N10.95 per share.

The volume of shares traded closed lower with an exchange of 177.57 million worth N5.92 billion achieved in 3,484 deals.

Nigeria Breweries was the most active stock, exchanging 28.14 million shares worth N1.48 billion.