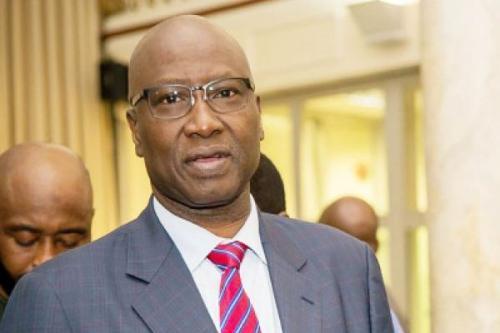 The federal government has barred all public officials from travelling abroad as part of measures to contain coronavirus.

The Secretary to the Government of the Federation, Boss Mustapha, announced the ban after a meeting held by the presidential task force on coronavirus in Abuja on Tuesday.

“After due consideration and the trend of the novel coronavirus disease – COVID-19 and the subsequent declaration as pandemic by the World Health Organization, the committee has decided that we upscale our healthy emergency system to the highest level and put in measures to curb further spread of the disease,” he said.

“So far, we have three cases two have tested positive, one negative. We will want to ensure that this does not go beyond this minor figure for now. On the part of government we have decided that it has become necessary to advise all public officials in the ministries, department and agencies and the parastatals that government has banned all forms of travel out of the country for whatever reasons, bilateral, multilateral, conferences, seminars, workshops, negotiations, presentations and any form of other ceremonies. This ban will remain in place till further notice and until the situation of the coronavirus abets

“By this notice, any prior approval to travel abroad for official assignments during this period is accordingly rescinded. With regards to the general public, we want to advise strongly that citizens in their own interest should cancel or postpone all nonessential travel abroad including business and vacation trips. This is especially for travels to countries known to be seriously affected by COVID-19.”

Mustapha also advised all Nigerians to cancel all travels abroad, especially to all high-risk countries.

“Secondly, we urge anyone returning from any country to strictly self-isolate for 14 days in their homes.

The Batch A orientation camps for graduates started last week, March 10, and were supposed to last for 21 days.