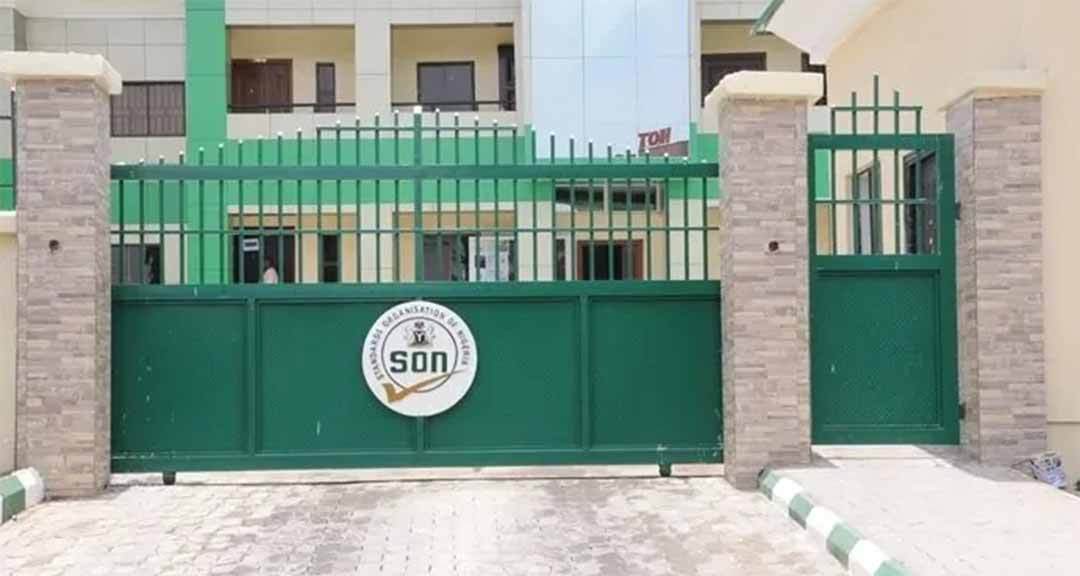 Stakeholders in the maritime sector have been assured of improved service delivery from the Standards Organization of Nigeria (SON) in all areas of the agency’s mandate in year 2020.

Director-General, SON, Osita Aboloma, gave the assurance at a forum with maritime stakeholders including the media on Thursday.

He described 2019 as being very eventful and enumerated some of the key activities and achievements as including approval of 128 new standards by the standards council for use as Nigerian Industrial Standards which cut across various sectors of the economy with emphasis on the products of micro, small and medium enterprises.

The SON Chief Executive commended the organisation’s collaborative activities in 2019 with particular emphasis on standards development, enforcement and diligent prosecution of infractions.

He solicited the cooperation of stakeholders in enlightenment of the public on the dangers of substandard goods.

Giving further insight into SON’s areas of focus in 2020, Aboloma said the organization is also committed to obtaining accreditation for more of its laboratories, increasing the scope of those already accredited and completion of ongoing infrastructural developments such as regional laboratory complexes and state offices.

He stated that training and retraining of staff will continue with greater emphasis on SON’s collaboration with sister regulatory and security agencies, the organized private sector and development partners.

Speaking at the event founder of the National Association of Government Approved Freight Forwarder, NAGAFF, Dr. Boniface Aniebonam while demanding for the return of SON to Nigerian ports in order to checkmate the influx of substandard and expired goods into the country, said it is time importers and freight forwarders to advise themselves.

He advised importers who import substandard goods and freight forwarders who assist them in clearing at the ports to desist from the unpatriotic act.

Dr. Aniebonam lamented over huge amount of money of Nigerians been lost when SON destroy sub- standard products, adding that many lives have been lost as a result of sub-standard and fake products in the country.

The Association of Nigeria Licensed Customs Agent (ANLCA) has averred that it would ensure that fake and sub-standard goods do not find their ways into Nigeria.

To ensure that unscrupulous importers and their agents who bring in bad products do not go free, Association of Nigeria Licensed Customs Agent, ANLCA, National President, Tony Iju Nwabunike, said his association would collaborate SON to ensure culprits are arrested and prosecuted.

Nwabunike, who was responding to efforts of his association in assisting SON curb the menace of importation of fake and sub-standard products, as a major stakeholder in the maritime sub-sector of the nation’s economy, said that ANLCA would work hand in hand with SON to checkmate their clients or members who bring in fake products into the country.

“This time around, we are going to have a total relationship with SON and prosecute anyone of such persons. Let me tell you, an agent does not know what an importer is having. It is at the point of bill of lading where you told me that this container is carrying this. I am sitting here my manager called me to ask an importer if what he has is a steel door or a wooden door, and I asked the importer and he said it was a wooden door. I asked further if it was an armoured door or non armoured door and he said it was non armoured door. So, we will proceed to do the examination based on what the bill of lading has said and if by any means there is an armoured door there, is that the agent’s problem? I will report it accordingly and that is what we are trying to do, we don’t want to hide in any corner that is why I said all of us must fight together for this course.”