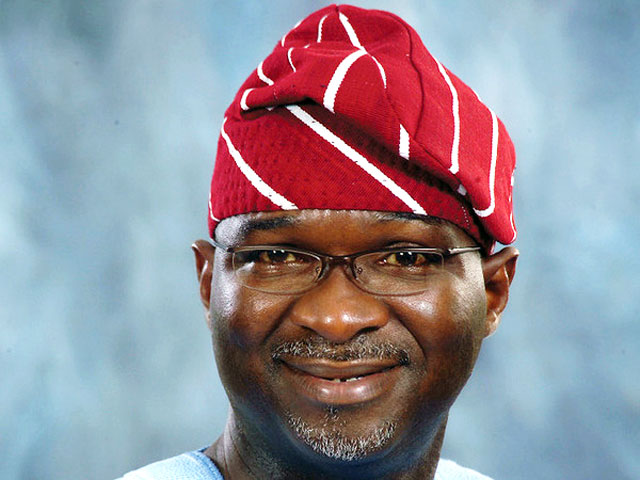 The first of the federal government’s planned cooperative housing initiative to reach the informal sector in the country came on stream Monday as the Minister of Works and Housing, Babatunde Fashola, commissioned the AKACARE Cooperative Housing Scheme, the Woodhill Estate, at Kuje, in the Federal Capital Territory (FCT) Abuja.

President Muhammadu Buhari had, in his address at the Ministerial Retreat held in September 2019, declared that one of his administration’s NEXT LEVEL commitments was “to deepen access of Nigerians to affordable housing and consumer credit”.

In his keynote address at the event, Mr Fashola said the federal government’s choice of cooperative associations as means to reach the informal sector in its housing development was based on their traditionally proven successes in the areas like transportation, agriculture, trade and commerce, market associations and other large groups in the informal sector.

At the event which also had in attendance the representative of the Head of Service of the Federation and the Minister of the Federal Capital Territory, among other top government functionaries and dignitaries from both public and private sectors, Mr Fashola said by using cooperatives as anchor, the federal government hoped to reach the large members of the informal sector and scale up construction of houses with its multiplier effects on the economy.

According to him, such multiplier effects on the nation’s economy would include the boosting of cottage industries which make building materials like paints, doors, roofing materials, nails and electrical fittings, to mention a few, adding that the scale of construction by the associations would also ramp up employment and income for artisans who would build the houses.

Mr Fashola said the Ministry of Works and Housing, as the policy-making arm of the government, had assigned the responsibility of implementing the policy to the Federal Mortgage Bank of Nigeria (FMBN), a parastatal of the ministry, to partner with the cooperatives, adding that the FMBN had also recorded modest successes in its partnerships with some cooperatives.

Noting that such boost in employment and economy of the most vulnerable would represent Ministry of Works and Housing’s contribution to President Buhari’s commitment to raise a 100 million Nigerians out of poverty in a decade, Mr Fashola recalled the testimonies of artisans during his recent inspection tour of South-South road and housing projects where masons testified to earning as much as N126,000 and labourers N84,000 per month while food vendors made as much as N140,000 profit per month.

The minister, who defined cooperatives as “an autonomous association of persons united VOLUNTARILY to meet their common economic, social and cultural needs and aspirations through a jointly-owned enterprise”, pointed out that the word voluntary was critical in the formulation of government’s policy of partnership with the cooperatives ”as a means of overcoming the problem of acceptability and affordability” that has stood in the way of access to housing.

He said the importance of this stemmed from government’s past experiences, investigations and observations which had revealed the existence of hundreds of thousands of unoccupied houses in major cities across the country adding, “They are empty and unoccupied because they are either over-built, in being too big, or under-built in being too small and, therefore, unacceptable to those who need them.”

The reason for the unacceptability, Mr Fashola further stated, was “because in many instances no consultations took place between the builders and the consumers they build for”, adding that because of the lack of consultation and the attendant acceptability problem, the problem of affordability also creeps in.

“This is why we are undertaking a pilot scheme based on our studies to build in 34 states who provided land, what the people we consulted said they will find acceptable”, the Minister said adding, “Our policy development team finds the voluntary nature of cooperatives very useful because members will be expected to design and build according to their needs and their income, as they find affordable”.

Expressing confidence in FMBN for successful implementation of the policy, Mr Fashola said, “As in other sectors, when cooperatives have been successful, we can point to modest successes of partnerships with FMBN with some cooperatives in the formal sector that currently has 52 housing projects under construction to deliver 4,624 units in 2020”.

He said in flagging off the policy through the commissioning of Woodhill Estate of AKACARE Cooperative Housing Scheme, government “seeks to multiply the above number in many fold by unleashing the power of cooperatives and empower their voluntary will to act together in pursuit of the common desire to access housing and credit”.

Listing the requirements for the eligibility of cooperatives to include registration, acquisition of land with title and building permit from the government of the respective states where their land is located, Mr Fashola said the last requirement was instructive “because it seeks to eliminate incidents of unapproved buildings and slums which governments later seek to demolish”.

The minister, who recalled that all the state government agencies in charge of land were briefed at the National Council launch meeting held in Abuja on November 7th 2019, added. “The Mandate and role of the FMBN is to then provide construction funding to the cooperatives to build the houses and to provide mortgage finance to the individual members to buy the house and pay back in instalments at a rate not exceeding 10 per cent per annum”.

Commending AKACARE Cooperative for embracing the NEXT LEVEL initiative of the government, Mr Fashola declared, “As every cooperative chooses what it desires and can afford, the FMBN, representing the Federal Government of Nigeria, will be your partner, providing financial support to enable you act voluntarily to choose and build what you accept and your income can afford”.

Earlier in his opening remarks the Managing Director/Chief Executive of FMBN, Ahmed Dangiwa, said under the first phase of the Woodhill Housing Estate which was being commissioned, FMBN delivered 77 housing units comprising of 40 units of 2-bedroom semi-detached bungalows and 37 units of 3-bedroom detached bungalows.

According to the chief executive, the basic infrastructure already built to fully service the estate include an internal road network, electricity and water works to create a conducive and liveable environment adding that five of the completed units were already occupied by subscribing members of AKACARE Multipurpose Cooperative Society who were also present at the occasion.

The second phase of the project, he said, has already commenced and is expected to deliver an additional 77 units to make a total of 154 houses in all adding that to improve accessibility to the Estate, FMBN was providing an additional loan to complete the 2.1 kilometre access road from the major junction as its socio-economic contribution to open up that area of Kuje for other real estate developments.

Expressing appreciation to the minister for driving the vision and the passion for the model of affordable housing delivery through cooperative societies, the FMBN boss added that already, at about 17 jobs per unit, the project has created 1,309 direct jobs to the local environment adding that the Bank would continue to strive to keep positively impacting the Nigerian economy through its business.

Also present at the event were the Chairman, Board of Directors of FMBN, DAdewale Adeeyo, Managing Director/Chief Executive of FMBN, Ahmed