Oyedepo Was Not Denied Visa, Says US Embassy 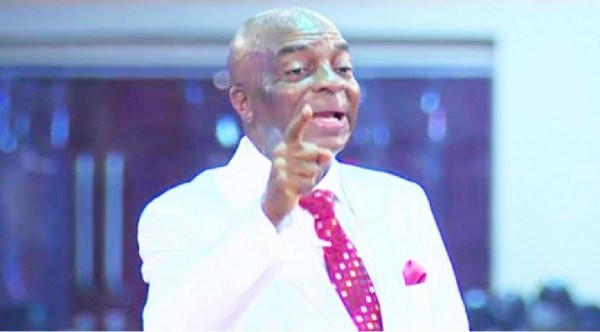 The United States embassy in Nigeria has described a report that David Oyedepo, founder of the Living Faith Church, was denied a visa, as “false.”

ThisDay had on Thursday reported that the embassy denied the cleric the document, stating that he did not qualify for visa renewal. He was also urged to try again later.

The 65-year-old clergyman and his entourage were also said to have been at the US embassy’s Lagos office to process the renewal of his visa.

A source was not quoted to have said that he argued he had been traveling to the US since the 80s and had neither violated any rule nor committed any crime that prompted the denial of his visa renewal.

Oyedepo was also said to have tried contacting some persons to that effect but the embassy allegedly told him he couldn’t make calls within the confines of the visa-issuing section of the embassy.

But on Friday, the embassy took to its verified Twitter page to state that the report is “completely false.”

“#FalseNews Alert! Be advised, the reports making the rounds about a visa being denied to Nigerian Bishop Oyedepo are false. If you have seen this manufactured item in the media, help defeat this #misinformation by communicating to everyone that it is completely false,” it wrote.