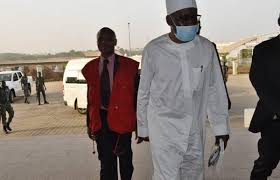 An international investigation into the 2011 sale of the offshore oilfield known as OPL 245 by Malabu Oil and Gas has entangled two of the industry’s biggest players, Shell and Eni, as well as an array of powerful figures from the previous Nigerian government.

Mohammed Adoke, Nigeria’s ex-attorney general, was charged with receiving the U.S. dollar equivalent of 300 million naira in 2013 to facilitate the OPL 245 deal and help waive taxes for Shell and Eni, according to a charge sheet filed in an Abuja high court last week.

Adoke or his lawyer could not be reached for immediate comment. The lawyer had previously said the former attorney general was confident he will be vindicated in court.

Shell’s and Eni’s local subsidiaries were also charged with illegally assisting Adoke in waiving the taxes, according to the sheet.

Shell and Eni, and their executives, have denied any wrongdoing. Etete has also denied wrongdoing.

Nigeria’s Economic and Financial Crimes Commission detained Adoke, who served as attorney general from 2010 to 2015, in December, after Interpol arrested him in Dubai in November.