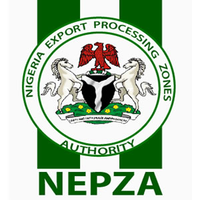 The Federal Government says it would to look into the alleged transfer of N14.37 billion from the capital account of the Nigeria Export Processing Zones Authority to a private company, Nigeria Special Economic Zones Company.

The Acting Managing-Director of NEPZA, Mr Bitrus Dawuk who confirmed the development in Abuja said a committee has been set up on December 23 to look at some of the issues surrounding the controversial NEPZA fund currently domiciled at the Central Bank of Nigeria.

The transfer of the fund from NEPZA account had been a source of controversy in the last one year.

The Association of Senior Civil Servants of Nigeria had in 2019 written a petition to the President, Muhammadu Buhari seeking an investigation into the role played by the immediate past Minister of Industry, Trade and Investment, Dr Okechukwu Enelamah, in the transfer of the fund.

The association had claimed in the petition that based on its investigation, it was discovered that the company’s real name was Nigeria Sez Investment Company Limited and not Nigeria Special Economic Zones Company.

It claimed that out of the three directors of the company, two were aides to the former minister.

The association also claimed, “This Company is fraudulently designed and created to take over the responsibilities of NEPZA, a development that negates the core principles of the current administration’s fight against corruption and fraud.”

Speaking on the development, the NEPZA boss said the committee was made up of seven members out of which three were from NEPZA and four from the Ministry of Industry, Trade and Investment.

He said, “The government has set up a committee made up of three from NEPZA and four from the ministry to look into the NEPZA and SZECO issue.

“The committee was set up on the 23rd of December by the government.”

To attract investments in the free trade zones, Dawuk said there was a need for an amendment of the Act setting up the agency.

He explained that the Act setting up NEPZA, which was enacted about 27 years ago, should be amended to reflect the current realities in the export processing zones.

He added that it had become imperative for the amendment of the Act to boost business activities at the free trade zones.

Apart from boosting business activities in the free trade zones, he said the amendment of the Act would also help NEPZA to be self-sustaining, to create jobs and generate wealth.