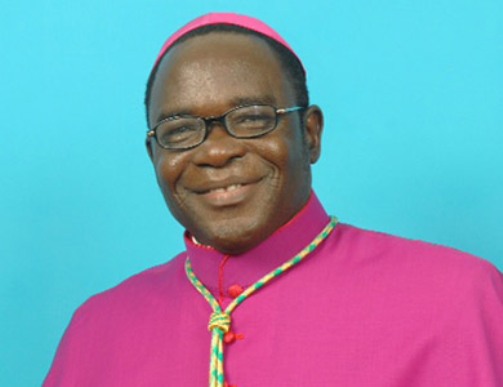 Bishop of Sokoto Diocese, Mathew Kukah, has accused the Nigerian Government of creating conditions which allow Boko Haram to thrive.

Kukah while reacting to the beheading of 10 Christians by Boko Haram in Nigeria, said principles of Christianity, which warn against retaliation is what is keeping Nigeria from plunging into another civil war.

The vocal cleric likened the Muhammadu Buhari-led administration to Boko Haram for using power to secure the supremacy of Islam in the country.

“They are using the levers of power to secure the supremacy of Islam, which then gives more weight to the idea that it can be achieved by violence.

“With the situation in Nigeria, it is hard to see the moral basis they have to defeat Boko Haram.

“They have created the conditions to make it possible for Boko Haram to behave the way they are behaving.

“If the people in power don’t do enough to integrate Christians then they give oxygen to Islamism.

“If they have countries where everybody is Muslim in power then you give vent to the idea that Islam should be supreme.”

He blames western leaders for not doing enough to end violent extremism in the country.

He added, “Western nations are not doing enough. They have shown that the resources of Africa are more important than ordinary people.

“Clearly, the Western nations could have reduced the influence of Boko Haram by 80 or 90 per cent but they have deliberately not done enough.”

Bishop Kukah said the only thing preventing Nigeria from being engulfed in a civil war was the peaceful tenets of Christianity.

“Christians have every reason to feel insecure, also there is a general feeling of their marginalisation from the political process. If the principles of our religion were different, there would be a civil war by now.

“It is the glory of our religion that this hasn’t happened. It is difficult to preach peace in this context. Any resolution depends on how Christians decide to react.”