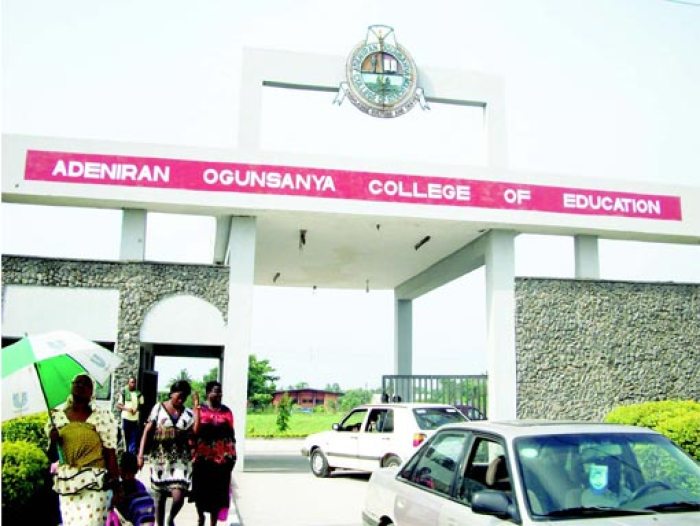 Academic activities remained suspended on Wednesday at the Adeniran Ogunsanya College of Education, Ijanikin, Lagos, following a strike by the institution’s chapter of Colleges of Education Academic Staff Union.

The News Agency of Nigeria reports that COEASU embarked on strike on December 3.

NAN reports that lecture rooms were empty and only non-academic officers were seen at their duty posts.

Some of the union’s demands include immediate commencement of payment of 53.3 percent allowances and arrears; N350 million naira bailout; stable distribution of electricity; and Internally Generated Revenue programme.

Others are payment of all outstanding honoraria; inexplicable promotion criteria; and management’s inability to establish college and school-based bookshop.

COEASU Chairman, Mr Ige Ajayi, told NAN that after their congressional meeting, union members directed that the strike should continue until Lagos State Government and the management of the college met their demands.

Ajayi said they would suspend their strike when the state government shows more commitment, saying the transport allowances had not been paid since 2011.

“Since then, we have displayed a high level of uncommon perseverance and tolerance. Government should just do the needful.

“Apart from that, it is not about money; we also want a better teaching, learning environment because currently the environment is not conducive, especially lecture halls.

“Lecture halls are always dark in the morning and night; and hot in the afternoon. The college management should know that we are all here for the students to learn in a conducive environment,” he said.

Ajayi said AOCOED was one of the oldest colleges in the state and Nigeria; yet there was no bookshop in the college.

“We told the management to either provide or give us an empty building and see what we will do in 30 working days.

“Internally Generated Revenue programmes have been killed deliberately by the management because they are anticipating to change the college to a university.

“Government has been trying to resolve these issues, especially the ones that concern them,” he said.

Reacting, the College Registrar, Mr Sheu Muhideen, said the unions could never be pleased because their agitations were always unpredictable.

Muhideen said, recently, both the union and the management were with the Special Adviser to Lagos State Governor on Education, Tokunbo Wahab, in order to resolve all the issues.

“We were assured that the governor had approved N350 million bailout and that the college’s subvention has been increased from N200 to N250 million.

“It is unfortunate that during the week, N210 million was sent instead of N250 million. There is nothing we can do but go back to the government.

“We have presented the situation to the government. As far as the management is concerned, we have been trying to resolve the situation with our little resources,” he said.