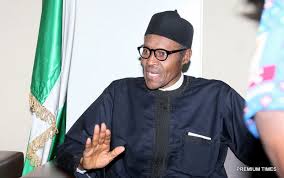 The Buhari Media Organisation (BMO) says President Muhammadu Buhari’s $29.9 external borrowing request to National Assembly for approval was in the interest of the country.

In a statement signed by its Chairman Niyi Akinsiju in Abuja on Sunday, BMO said the funds were necessary in order for the country to bridge the infrastructure gaps that was left unattended to by previous administrations in the country.

Akinsiju said if the requests had been fully granted in 2016, Nigerians would have seen more projects at various stages of completion across the country.

“Buhari has made a bold move by sending back the 2016-2018 external borrowing plan to the National Assembly for reconsideration.

” Nigerians need to know that when the request was rejected by the 8th Assembly led by former Senate President Bukola Saraki and Speaker Yakubu Dogara in 2016, there was no debate on the merit or demerit of the plan.

“So a group of lawmakers who were antagonistic to Buhari and needed to extract their ‘pound of flesh’ took a step that denied Nigerians of massive infrastructure renewal.

“Just like the President said in the latest request, the lawmakers back then extricated and approved only a few out of the 39 projects the loan was meant for,” he said.

These, he said, included the federal government’s emergency projects for the North East and the Lagos-Ibadan segment of the China Exim Bank railway modernisation project which were at advanced stages of completion.

According to him, power generation and transmission were also at a higher stage than what the administration met in 2015.

Meanwhile Lagos Chamber of Commerce and Industry, LCCI has alerted of looming crises that may occur with growing loan demand by the federal government.

According to LCCI the growing national debt profile of the country grew from N12.6 trillion in 2015 to N25.7 trillion in 2019 second quarter, which is an increase of 104 per cent.

The Chamber also observed that there is also the bigger worry about the capacity to service the debt.

Yusuf also said that debt to revenue ratio was about 30 per cent which is also on the high side.

“In the 2020 budget, debt service commitment and recurrent spending are beginning to crowd out capital expenditure.

This trajectory is not consistent with our national aspiration to build infrastructure and a competitive economy.  Debt service of N2.45 trillion is more than the capital budget of N2.14 trillion in 2020 budget.

That is 114 per cent of capital budget.  It is against this background that the new request for $30 billion is troubling.  Care should be taken to avoid a full blown debt crisis.” he warned.