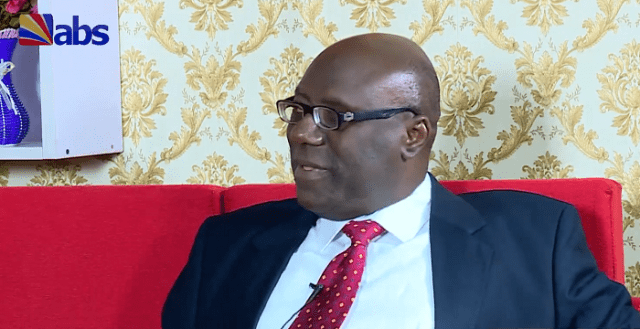 A Review of Pathways to Political and Economic Development of Africa at the 7th Realnews Annual Lecture on “Beyond Politics: An Economic Narrative for Africa” held at Sheraton Hotel, Ikeja, Lagos, on Tuesday, November 19, 2019, by Commissioner for Information & Public Enlightenment, Anambra State, C. Don Adinuba .

The transformational experiences of Singapore, South Korea, Malaysia and Indonesia, among other Southeast Asian nations in the last few decades arising principally out of their state developmental ideology, which places emphasis on their countries and territories leapfrogging from their third world status to first within a mere generation, demonstrate that societies can develop rapidly without necessarily taking the western trajectory. The challenges facing Africa and the rest of the developing world are awful. In the words of Francis Fukuyama in The End of History and the Last Man, these societies still “live in the primitive age of mankind”. They are battling with wars, easily preventable diseases, illiteracy, superstition, hunger, squalor and other old sorrows of history.

In this kind of situation, should journalists and other mass communicators continue with the tradition of protest or lamentation? Maureen Chigbo and her team at Realnews, instead of bemoaning endlessly about darkness in the room, have chosen to show how light can be provided in the room.  They could have chosen at each of the anniversaries of Realnews magazine from 2014 to 2018 to bring a radical activist to deliver a frenetic lecture which would grab headlines immediately, but they on each occasion chose to invite an expert who would carefully and coolly examine a development problem facing Nigeria or Africa and then help proffer a solution. It is chilling enough, as former Education Minister Oby Ezekwesili who has been the World Bank Vice President for Africa observed in the 2015 Realnews anniversary lecture which she delivered, the gross domestic product for all 54 African countries with a combined population of about one billion people was $1.7 trillion in 2016, the same as Brazil, (though Brazil’s GDP moved to over $2 trillion the following year) which is just a country of some 210 million people. It is noteworthy that the ongoing initial public offer of Saudi Aramco, one company in Saudi Arabia, is $1.7 trillion.

Transformational leaders like Park Chung-hee of South Korea, Lee Kuan Yew of Singapore and Mahathir Mohammed of Malaysia became globally respected statesmen not through radical rhetoric or posturing but through their imaginative visions and the profundity of their ideas and far-reaching actions which made their countries become what we now call Asian Tigers or modern development miracles. Nigeria and, indeed, Africa can begin to make impressive progress only when the development quotient or content in our politics and policy becomes appreciable. Ethiopia is the first and only African country to adopt developmentalism as its ideology. Is it fortuitous that it is now the fastest growing economy in the African region?

Nigerians’ current obsession with primordial issues and other divisive matters is sickening. We must try to find sound solutions to the massive unemployment, terrible education standards, deep healthcare crisis and pervasive insecurity in the land. That’s why Chigbo’s Pathways to Political and Economic Development of Africa could not have come at a better time. The theme of this year’s lecture Beyond Politics: An Economic Narrative for Africa is equally apt. And so is the sub theme The End of Oil: Whither the Nigerian Economy?

Inspired and challenged by such examples as Malaysia’s Vision 2020 which seeks to make Malaysia a fully developed nation by 2020, Anambra State will in two days’ time set up a committee of thought leaders from various fields to draw up its development plan for the next 50 years. Far from a wish-list, the document will be a realistic and detailed strategy providing the cost and how Anambra State will be  as developed and stable as, say, Taiwan in 50 years. Other states as well as the Federal Government of Nigeria can borrow a leaf from Anambra and develop a strategic plan.

Africa must get its leadership right if, to borrow the memorable language of Chinua Achebe, it has to join the rest of the world to step into the modern world with confidence and dignity. There is tremendous merit in the observation by former World Bank Vice President Ezekwesili in her paper entitled “African Leadership in an Era of Turbulence”, namely: “… all African countries urgently need agencies or departments of government to be run by the right people. We need people who have the training and the attitude necessary to deliver good governance outcomes that will make their society prosper and become stable. It will take the right individuals to lay down the foundation for lasting systems, processes, procedures, structures and also good individuals within (leaders and subordinates) and without (citizens and other bodies exercising their checks and balances roles) to sustain it. … I usually say that anyone person who can lead must have character, competence and capacity all rolled together in them. We do not need people who have one or two of them but not another”. This is the way to go.

Still, there are controversial statements. For instance, modern leadership and management scholars will contest the assertion by Robert Orya that a leader need not be liked so long as he or she is effective. A leader needs to be liked except in emergencies. Followers admire leaders who treat them with respect like discussing with them before they are given a target. This is because what Fukuyama calls the search for recognition is a key driver of human history and progress. When leaders recognize their subordinates by treating them with dignity, it engenders loyalty in the followers but also makes them work with passion. Strategic human resource researchers acknowledge that a fundamental difference between, on the one hand, organizations and governments which deliver superior service and, on the other, struggling ones is the passion difference. That is, members of competitive organizations and governments work with passion or commitment while those of ordinary organizations and governments work lackadaisically; the latter do not go beyond the call of duty. Their work is purely transactional.

Pathways to Political and Economic Development of Africa is a treasure, and it helps in the search for a new Africa. It lifts journalism from a mere protest activity to the status of a development partner.  As Governor Willie Obiano of Anambra State states in the foreword, the book is informed by journalism of conscience and national commitment. May Maureen Chigbo’s tribe of practitioners of journalism of conscience and national commitment multiply.