We Should Support Education to Develop Nigeria – Dakuku 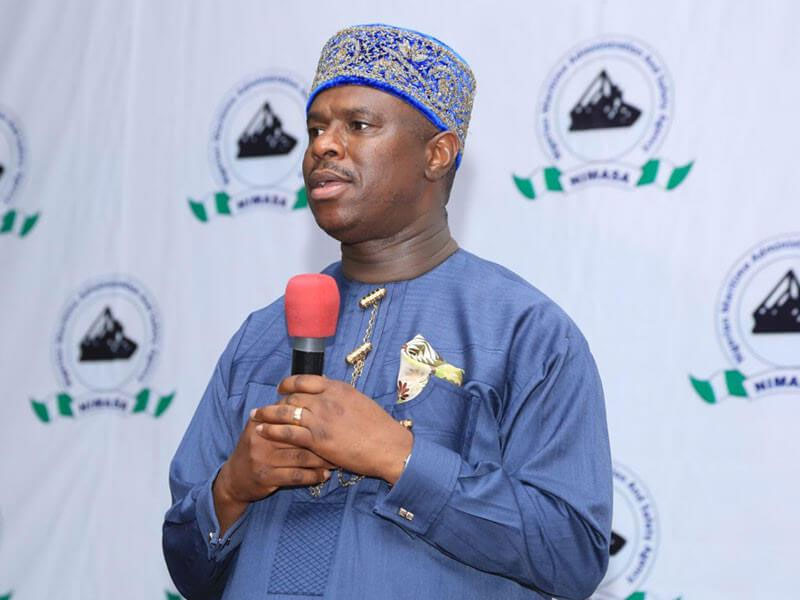 The Director General of the Nigerian Maritime Administration and Safety Agency (NIMASA) Dr. Dakuku Peterside has called on well-meaning Nigerians and Corporate Organizations to support education at all levels in the country, as education is the major panacea for the growth and development of a country like Nigeria.

Speaking in Abuja recently as NIMASA continued its donation of educational learning materials to schools across the country, in line with her robust Corporate Social Responsibility (CSR) initiatives, Dakuku noted that it is in that spirit that the Agency is making its own contribution for the good of the sector.

At the handing over ceremony which took place at the Agency’s Zonal office in Abuja, the Director General, NIMASA, Dr. Dakuku Peterside, who was represented by the Executive Director, Maritime Labour and Cabotage Services, Mr. Gambo Ahmed at the handover event stated that the Agency is committed to building capacity not only in the maritime sector but every sector that would be of benefit to the economy.

He said the Agency feels the gesture would further encourage students in their learning activities especially as they strive to achieve excellence.

”It is expected that this will further inspire students to greater heights, an excellence that may possibly help build a career in the maritime sector that could help unlock the vast potentials in the nation’s blue economy”.

The Agency had taken the gesture to the northern zone where some items including latest ICT tools were donated to schools in the North Central and North East Zones.

Gambo further disclosed that the donation is being done simultaneously across the six geopolitical zones of the country; in the North East, North West and North Central. Also, the South West, South East and South South.

Other schools in the region are scheduled to receive their share of the educational materials in the following days.