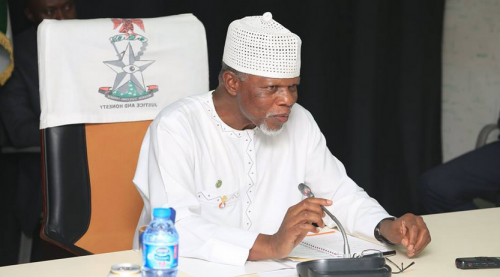 Fuel stations along Nigeria’s land borders have closed and prices have spiked after customs authorities banned deliveries of petroleum products to stations within 20 kilometres (12 miles) of the border in an attempt to curb smuggling.

Border communities have complained about the move however, prompting Nigeria’s lower chamber of parliament on Tuesday to call on the customs service to lift the indefinite ban.

Nigeria, Africa’s top crude oil producer imports most of its refined fuel due to the moribund state of its refineries. Some 10-20 per cent of Nigerian fuel is then smuggled to neighbouring countries, according to the Major Oil Marketers Association of Nigeria, as gasoline is heavily subsidized in the country.

The Nigerian Customs Service issued the directive on 6 November. The country’s land borders have been closed to trade since late August.

Several station owners in northwest Katsina state, which borders Niger, told Reuters they had to close as a result of the ban.

The lawmakers’ motion said the order “has brought untold hardship to the people of border communities. Prices have sky-rocketed and movements have been crippled”.

The motion, brought by Sada Soli, an All Progressives Congress (APC) party member from Katsina state, called on the customs agency to “review this directive with a human face”.

President Muhammadu Buhari, leader of the APC, is from Katsina state. His office declined to comment.