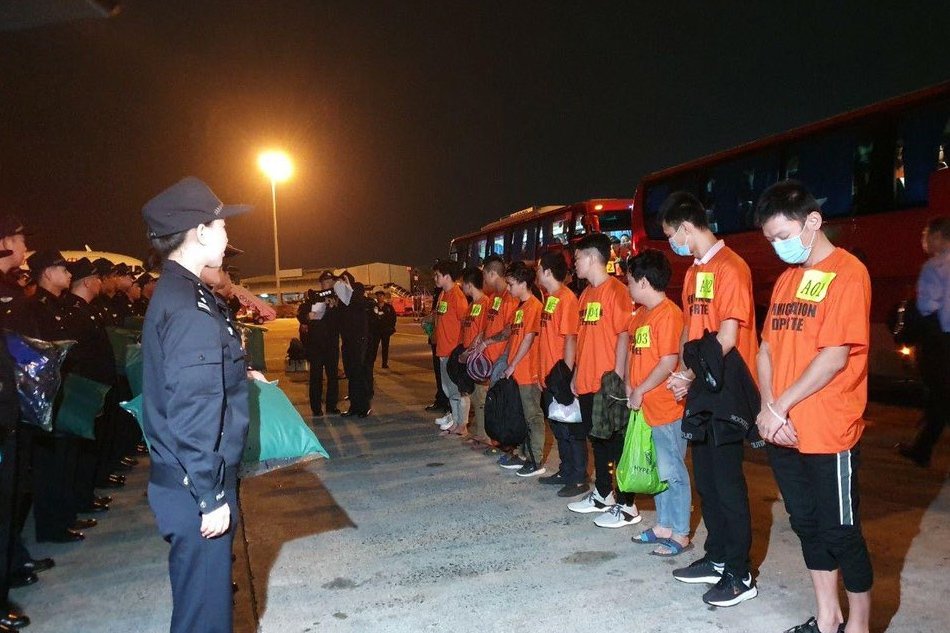 The Philippines on Thursday it deported 312 Chinese nationals arrested in October over alleged involvement in telecommunications fraud, the Bureau of Immigration said.

The Chinese nationals were among the 512 foreigners arrested on October 9, during a raid on an illegal business process outsourcing office in Pasay City in Metro Manila, the bureau said.

The office was allegedly conducting telephone scamming operations, using phishing techniques to defraud or extort their victims, mostly Chinese nationals from the mainland.

The other workers arrested in the raid were from Myanmar, Malaysia, Vietnam, Taiwan and Indonesia.

The Chinese nationals would be leaving Manila via five chartered China Eastern flights to Shijjiaxuang, in Hebei province, and Changchun, in Jilin province, said Fortunato Manahan Jr, chief of the bureau’s intelligence unit.

Manahan added that the rest of the arrested individuals were being held at a police facility pending their deportation.

Immigration Chief Commissioner Jaime Morente warned foreigners against using the country as a base for their illegal activities.

“Let this serve as a warning to aliens planning to use the country as a base for their illegal operations.“Expect more arrests in the coming days,’’ he said.