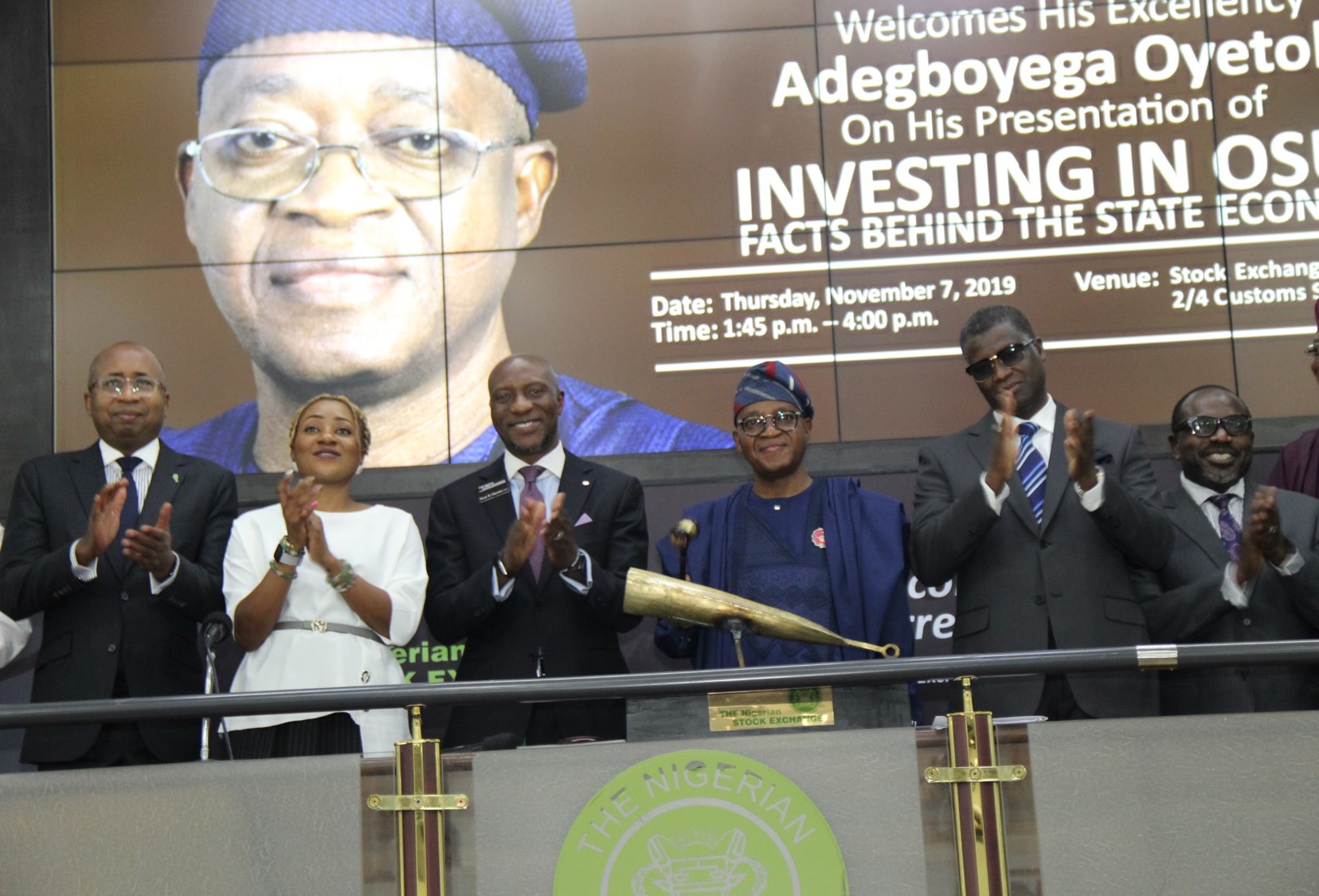 Osun State Governor, Adegboyega Oyetola, has expressed the administration’s readiness to attract investments and create more wealth for the state by opening up business opportunities.

Oyetola made this known in Lagos, at Osun State Facts Behind the Economy on Thursday at the Nigerian Stock Exchange (NSE).

He explained that the administration was poised to expand the size of the state by focusing on inclusiveness, diversification and sustainable growth.

According to him, his administration has placed priority on diversifying income sources by putting right structures in place to sustain development.

“We want to open up another opportunity which has existed before but declined due to fall in oil price and other factors.

“We are ready to revitalise it in order to alleviate Lagos congestion and traffic to propel nation’s economic growth.”

He said as part of its efforts to reposition Osun state and give it a platform, his administration had adopted a nine-year developmental plan, from 2019 to 2028.

According to him, the plan, which is anchored on four pillars, will help the state achieve full potential, especially in the areas of infrastructure development and investment inflow.

Oyetola said that the four pillars were economic development, infrastructure, human capital development and security as well as environmental sustainability.

Speaking at the event, NSE Chief Executive Officer, Mr Oscar Onyema,  said  the governor’s  efforts at revitalizing the education, mining, agriculture, textile and tourism sectors in the state was commendable.

Onyema informed the audience that the NSE platform was geared at attracting investors toward all the sectors of the economy, whilst catering for small, medium and large businesses represented on the various boards of the Exchange.

.“We commend the state government on the execution of a partnership agreement with the Federal Government to develop gold mining potential to improve internally generated revenues (IGR) and ramp up jobs creation opportunities.

He said that Osun generated over N10.2 billion in revenue in the first half of 2019 alone, according to data from the National Bureau of Statistics.