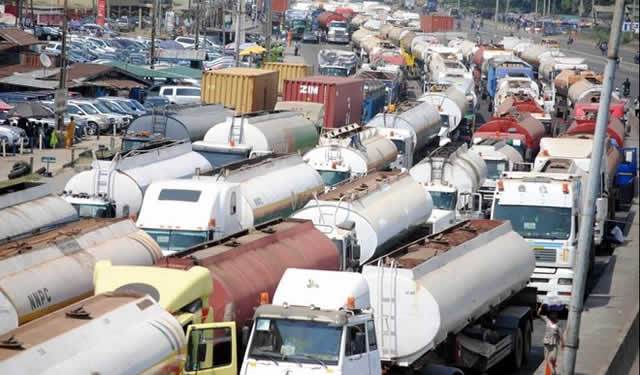 Within a spate of one week, three freight forwarders have died due to the unending traffic gridlock in Apapa, Lagos.

Threatening to call its members out on strike if the gridlock is not cleared, the interim chairman of the new group, Chief Andy Omenogor, said that a member of the group died last Friday, just as it also lost another member on Saturday.

Omenogor also disclosed that another member of the group slumped and died while in the traffic about three days ago.

He told journalist that “on Friday, we lost a friend at Tin Can Island Port, then on Saturday too, we lost another friend and colleague and only this Monday, another member collapsed and died while in the traffic”

The group also alleged abuse of the truck call-up system that was introduced by the Nigerian Ports Authority (NPA) to ease the gridlock.

It consequently passed a vote of no confidence on the presidential task team on Apapa traffic gridlock, even as it gave shipping companies and terminal operators ultimatum to start paying truckers for using their trucks as holding bays.

Explaining further, he said that law-abiding truckers are made to wait for weeks on a queue, before accessing the ports while trucks that do not qualify for priority attention are allowed to move in large numbers into the ports.

According to the chairman, the move suggests that the priority goes to the highest bidder instead of following due process.

He alleged that: “We have seen several instances where the taskforce embarked on arbitrary towing of many innocent trucks that are legitimately on queue, in the process of trying to sanction a single erring truck”

“We urge the NPA to beam its search light on those managing the call-up system in order to bring this continuing abuse to an end”, he pleaded

He also called on relevant government agencies like the Nigerian Shippers’ Council (NSC) and NPA to carry out an audit of the cargo handling plants and equipment of the terminal operators which according to him, will reveal a lot of rot in the system.

“Omenogor however gave shipping companies ultimatum to start paying truckers on a daily basis for using their trucks as holding bays.

He said that the group is giving the shipping companies and terminal operators 14 days to comply with all the requirements, even as the group threatened to take legal action if they fail to comply or better still embark on an industrial action.