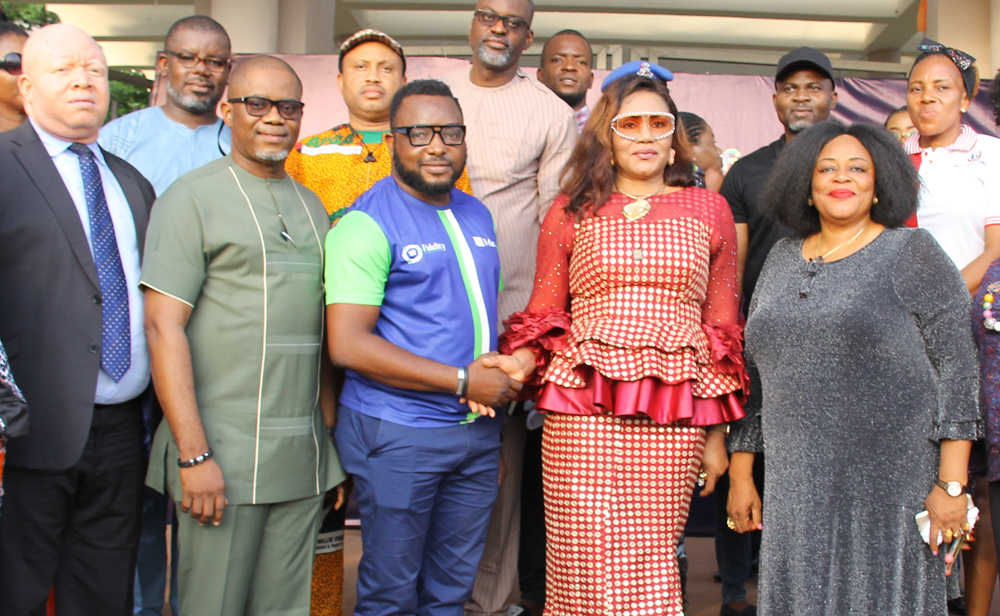 Fidelity Bank Plc, in partnership with Gazelle Academy and the Nnamdi Azikiwe University, Awka on Friday concluded an entrepreneurship training programme for over 200 students in Anambra State. The programme which formally kicked off Wednesday ended with a call to Nigerian youths to embrace entrepreneurship and create wealth for themselves instead of searching endlessly for non-existing paid jobs.

Participants received training in various skill areas including, fashion, makeup, clothe embellishment, coding and confectionery. Making the call at the official opening ceremony of the programme, the wife of the Anambra State governor and Founder, Caring Family Enhancement Initiative (CAFE), Chief (Mrs.) Ebelechukwu Obiano, urged the participants to take the training seriously, stressing that they are being empowered to impact their lives now and in

Obiano urged the participants not to sell or mismanage the starter-packs to be given to them but to put them to good use and change their lives. “You can make money from what learnt here even while still in school and when you graduate, we expect you to be employers of labour rather than searching for paid jobs,” she said. She commended Fidelity Bank and Gazelle Academy for the initiative and for partnering with her organization to touch lives.

The First Lady called on other corporates to emulate the gesture, saying that the best investment any organization can make was to invest in the youths and the less privileged in the society.

Speaking at the closing ceremony in Awka, Managing Director / Chief Executive Officer of Fidelity Bank, Nnamdi Okonkwo stated that the programme is majorly focused on empowering youths who are the leaders of tomorrow. Okonkwo who was represented by Head, Corporate Social Responsibility (CSR) & Sustainability, Fidelity Bank Plc, Chris Nnakwe noted that part of the major reasons why the skills acquisition programme was set up is to empower undergraduate in various tertiary institutions with vocational skills and enterprise training needed to become thriving business owners before graduating from tertiary institutions.

Nnakwe pointed out that FYEA was the brainchild of the MD/CEO, Fidelity Bank Plc, Nnamdi Okonkwo and a few others, who felt that young people should not only be meaningfully engaged but also empowered to reduce the army of unemployed youths and curb societal vices. “They came up with the idea to create young people who would create wealth. Fidelity Bank wants to create young Dangotes, Otedolas, Innosons, Coscharis and many others because with paid jobs few and far in between, not every graduate will secure paid employment after graduation,” he stated.

Nnakwe challenged the participants to endeavor to imbibe the slogan of the academy and turn their passion into a pay cheque. Also speaking, the Vice Chancellor of the university, Professor Charles Okechukwu Esimone, described the programme as an excellent initiative that is in consonant with the aspiration of the institution in training students with entrepreneurial skills. “We have two worlds, the world of finance abundance and the world of scarcity, entrepreneurs are shakers the world with their finance. At Nnamdi Azikiwe University, we train students to shake the world,” he noted.

Esimone stated that the university does not joke with academic excellence and charged the participants to exhibit high sense of seriousness, stressing that though the programme was free, somebody paid for it. The VC commended Fidelity Bank, Gazelle Academy and CAFE for bringing the programme to Nnamdi Azikiwe University, assuring them of the institution’s assistance and collaboration in future endeavours.