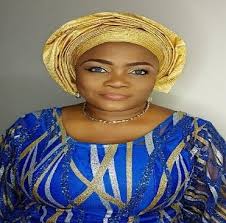 The Secretary to the State Government (SSG) of Oyo State, Mrs. Olubamiwo Adeosun, declared on Thursday that the government of Governor Seyi Makinde was moving the state from poverty to prosperity within a short while.

The SSG, who stated this during a meeting with the Civil Society Coalition on Sustainable Development Goals, held at the SSG Meeting Room, Secretariat, Agodi, Ibadan, added that the government has kick started efforts aimed at ensuring the success of its policies.

A statement by the State Coordinator of Sustainable Development Goals (SDGs), Mr. Kunle Yusuff, (MON) quoted the SSG as declaring that the priorities of the Governor Seyi Makinde administration were tied to the SDGs.

She pointed out that the government’s policies on free qualitative education, improvement of the health sector and economic expansion were in sync with some of the universal goals.

She assured that the Oyo State would work together with the civil societies to achieve its priorities of developing the state.

Similarly, Yusuff, who is also the Senior Special Assistant on SDG to Governor Makinde, expressed the readiness of the state to collaborate with the civil society coalition on SDGs, saying: “Civil society plays an important role in the of democratic society in the areas of economic development, policy re-evaluation and protection of the underprivileged and vulnerable. Civil Society Organisation is an agent of development and there should be a collaboration between them and the government.”

In her speech, Mrs. Adeosun said: “I am humbled by the number of civil societies present here. This is a platform for collaboration and partnership to develop the state and as an administration, we are clear on our priorities. Most of those priorities are tied to the SDG goals.

“So, we will surely collaborate with you. Thank God, we have someone who is passionate about the SDG goals on all-inclusion and not leaving anyone behind. With all the fantastic works you are doing in the civil societies, I am sure we can work together.”

Earlier, the leaders of the delegation, Mr Hamzat Kolawole and Mr Tola Winjobi, who is the National Coordinator of the Civil Societies on SDGs, said that the CSOs could collaborate with the Makinde government, having seen what it has been doing.

Winjobi promised the civil societies’ readiness to support the Oyo State government, while commending the governor for his efforts on education and health.

He equally advised the Governor to provide more manpower to drive the developments in the health sector.