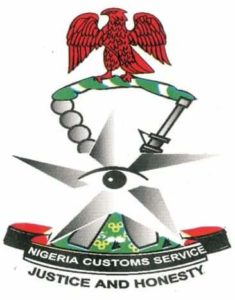 As a follow up to the total shut down of the land borders, the Nigeria Customs has deployed two gun boats to ensure that all loopholes for smuggling activities are totally blocked.

It was reliably  gathered that the Customs has deployed two of its  gun boats namely; ‘Customs Pride, and ‘Group of Nine’ to comb the waterways for die hard smugglers.

The two gun boats were commissioned on September 12, 2019 by the Comptroller General of Customs, Col Hameed Ali (rtd).

With the commissioning of the boats, Col Ali assured that smugglers would no longer take advantage of customs officers’ vulnerability on water to smuggle in contraband.

A highly placed source within the service told our correspondent yesterday that one of the vessels; Customs Pride is supposed to be for Eastern Marine in Port Harcourt while the other; Group of Nine is for the Western Marine.

It was in honour of the group of nine gallant customs officers who died in the Service of their fatherland that one of the seagoing vessels was named ‘Group of Nine’ while the other represents the ‘Customs Pride’ on the sea.

According to the source, the vessels are still within the Lagos territorial waters, but they would be sailing out for work at sea before the end of this week.

He said arrangements have been done, the vessels have been bunkered, what remains is for it to move out.

He stated that the two vessels are going for patrol within Lagos waters for now before the Eastern Marine would now take over their own vessel officially.

The source stressed that before Friday, the vessels must have gone out to sea.

Recall that the boats have since been mounted with guns, the guns were mounted by the Navy at the dockyards in Lagos.

Investigations revealed that with the closure of the land borders by the federal government, it has led to a hike in activities on the waterways.

However, the Western Marine Command under its Area Controller, Comptroller Boyiliya Binga has restated its commitment at nipping it in the bud.

Compt Binga said recently that his men were determined to deal ruthlessly with smugglers.

He said, because of the closure of the border, some of the smugglers have taken the bar beach waters of Lagos State as their new route to smuggle in contraband items.

Binga, however, noted that since the smugglers are now using the high sea, his men would take the battle to them down there.

An officer who spoke with our correspondent under anonymity stated that “The smugglers thought they could use the waterways to operate since the borders were shut down, we have discovered an upsurge in their activities and we have arrested more smugglers on the waterways because unknown to them, we are ready for them, they just fell into our hands”

“Our seizures on water had increased, but it has started reducing gradually because they now know that we are very much on the waterways”