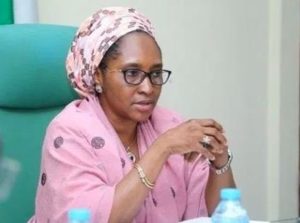 The Minister of Finance, Budget and National Planning, Mrs Zainab Ahmed has said the $3bn loan being sought by the Federal Government from the World Bank would be deployed for reforms in the power sector.

She said this during an interview with journalists on the sidelines of the World Bank/International Monetary Fund meetings holding in Washington DC, United States.

Ahmed, who is leading the Federal Government’s delegation to the meeting, said she would be holding further discussions with the management of the Bank to present how the fund would be disbursed for the project.

She said based on the plan of the Federal Government for the power sector, the loan would be used for the development of transmission and distribution networks to enhance the delivery of electricity.

Ahmed also said the loan would be used in addressing some of the challenges that the country is currently facing in the power sector.

She said, “There is a proposed $2.5bn to $3bn facility for the power sector development programme in Nigeria and this will include development of the transmission networks and the distribution networks as well as removing the challenges that we currently have now in the electricity sector.

“We are going to have a full meeting to discuss the power sector recovery programme and back home we have been working a great deal with the World Bank to design how this programme will be implemented.

“So we have an opportunity now to have a direct meeting with the leadership of the bank and to tell them the plan we have and how much we need from one to five years.”

The finance minister explained that the government would be pushing for the disbursement of the $3bn facility in two tranches of $1.5bn each.

When asked to comment on concerns being raised by the IMF about Nigeria’s debt which stands at N25.7tn the finance minister insists that Nigeria does not have a debt problem.

She said what the government needed to do is to increase its revenue-generating capacity in order to boost the revenue to about 50 per cent of Gross Domestic Product.

She said with Nigeria’s current revenue to GDP ratio standing at just 19 per cent, it’s underperformance is significantly straining the government’s ability to service its debt obligation.

The minister said, “Nigeria does not have a debt problem. What we have is a revenue problem.

“The underperformance of our revenue is causing a significant strain in our ability to service debt and to service government day-to-day recurrent expenditure and that is why all the work we are doing at the ministry of finance is concentrating on driving the increase in revenue,”said.