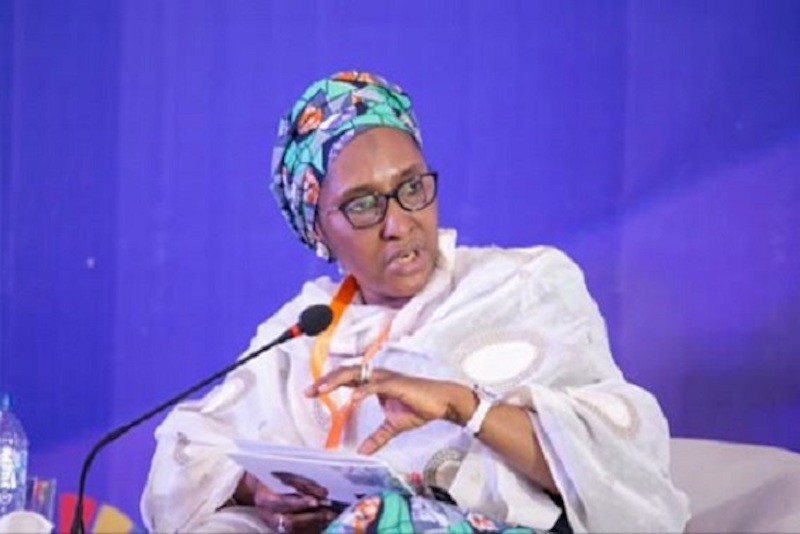 Minister of Finance, Mrs Zainab Shamsuna Ahmed has charged the management of Asset Management Corporation of Nigeria (AMCON) led by Mr. Ahmed Kuru, Managing Director/Chief Executive Officer to do everything with the powers of its newly amended Act to recover the huge debt owed the Corporation by a few individuals and organisations in the country.

Similarly, the Director-General, Bureau of Public Procurement (BPP), Mr Mamman Ahmadu has declared BPP’s willingness to collaborate with AMCON in the quest to recover the debt, which he said will help liberate the economy as well as improve the commonwealth of the nation. The BPP boss said, the bureau has intensified its due diligence process and will ensure that those seeking contract from the government are scrutinized to establish the fact that they are not on the list of AMCON debtors before contracts are awarded.

The Finance Minister who made the call in Abuja at the weekend during the quarterly briefing of the Ministry of Finance, attended by agencies under the supervision of the Ministry, while commending AMCON on the national assignment however said she expects a lot more from the Corporation especially now that President Muhammadu Buhari has signed the amended 2019 AMCON Act into law, which gives additional powers to AMCON to deal with the obligors.

“AMCON must ensure that the debts are recovered before the sunset, which is around the corner. If AMCON at sunset AMCON fails to recover the huge bad loans, the debt will become government problem, which the government is not willing to carry. Therefore, everything must be done to ensure that AMCON recovers the debt from the obligors because it will have a huge positive impact on the economy,” the minister said.

While urging all the agencies under the ministry’s supervision to always remember the 11 priority areas of President Muhammadu Buhari’s administration in the discharge of their duties, the Minister added that the quarterly meeting had become critical because it creates the enabling platform for sister agencies of government to cross-fertilise ideas for improved collaboration and delivery.

Similarly  Prof. Bolaji Owasanoye, the Chairman of Independent Corrupt Practices and Other Related Offences Commission (ICPC) who also chairs the Inter-Agency Presidential Committee set up by the Vice President to recover AMCON debt has joined his voice in rallying sister agencies of government to ensure that they tighten the noose on AMCON obligors, which he said will pressure them to repay the debt before sunset.

According to him, the Inter-Agency Presidential Committee, which includes the Economic and Financial Crimes Commission (EFCC); the Nigeria Financial Intelligence Unit (NFIU); Nigeria Deposit Insurance Corporation (NDIC); Central Bank of Nigeria (CBN); Ministry of Justice; ICPC and AMCON has concluded plans to expand the dragnet of the debtors by looking at those who facilitated the loans on the side of the banks and those who benefited from the proceeds.

Dr. Eberechukwu Uneze, an Executive Director at AMCON who represented the AMCON boss at the quarterly meeting reassured the Minister of the commitment of the management and staff of AMCON to deliver on the mandate in line with the expectations of the federal government. He also said the Corporation has made remarkable progress working with the Inter-Agency Committee set up by the Presidency to enable AMCON recover the over N5trillion debt burden; just as AMCON is in partnership with over 228 Asset Management Partners (AMPs) to hasten recovery activities.