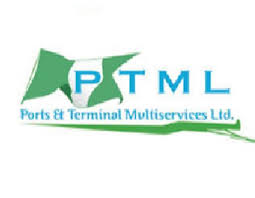 The closure of Nigeria’s land borders against importation of vehicles
has impacted positively on the seaports as vehicles importation
through the sea ports has increased.
This is even as the PTML Command of the Nigeria Customs Service has
said that it collected N116.52 billion as revenue from vehicle import
between January and September 2019.
The figure shows an increase of N 28. 91 billion in the revenue
against the N 87. 60 billion total revenue collected in 2018.
According to the commands spokesperson, Yakubu Mohammed the increase
in vehicle throughput through the terminal, as well as concerted
effort of the Area Controller, Compt Florence Dixon.
Yakubu explained that the commands monthly revenue target is N 10.3billion.
“Before the close of the borders, we get calls that people want to
bring their cars through the seaport because they don’t want
embarrassment”
“The throughput of cars coming into the seaport is quite increasing, I
don’t know if it is because of the closure of the land borders, but I
know that our revenue has shot up and the cargo throughput has
improved” Mohammed said
He added that since the coming onboard of PTML present Area
Comptroller, Compt Dixon Florence, she has sensitized all officers to
make sure that all hands are on deck to surpass her monthly revenue
target.
“Anytime I enter into her office, she is always on the system where
she looks out for infractions, under payments or anything, she would
revert it back to the releasing officer for Demand Notice (DM) to show
that there is lapses on the payment, and if the cargo has been
released, she would send it to the gate ti make sure that appropriate
DN is raised, even if the cargo has exited, the importer has not gone
free, we would send the information to the post clearance audit, where
they would call the importer to make sure he pays correctly”
“The Comptroller has been doing this since she resumed here and this
was why we made all these revenue”
“She is always on check, and she encourages all the senior officers to
be on check, if you know that somebody is watching you somewhere, you
will always do the right thing and this has increased our revenue”
A breakdown of the revenue shows that the command collected N 14.8
billion in January as against N 9.9billion, in February, the command
N10billion as against N7.2 billion in corresponding year. In March N
11.8billion was collected as against N8.4 billion.
April revenue stands at N13.2billion against N10.8billion, May revenue
stands at N12.3billion against N10.8billion, June stands at N13.3
billion against N10.5 billion. July revenue was N14.8 billion against
N9.5 billion.
In August 2019, the command raked N12.6billion as against N9.9billion,
in September N13.2 billion was collected against N10.2 billion.