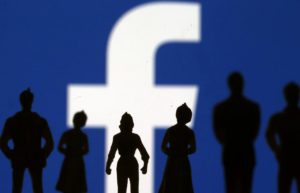 Facebook Inc has announced it removed hundreds of pages, groups and accounts on its platforms for “coordinated inauthentic behavior” linked to three operations in Indonesia, the United Arab Emirates, Egypt, and Nigeria.

The operation in Indonesia involved a network of over 100 fake accounts on Facebook and Instagram posting content in English and Indonesian either in support or criticizing the West Papua independence movement, which is active in the country’s restive easternmost region of Papua.

“This was a network of pages designed to appear like local media organizations and advocacy organizations,” said David Agranovich, Facebook’s Global Lead for Threat Disruption.

He told Reuters that his team, which had been monitoring Indonesia in light of increasing tensions in Papua, had tracked the false accounts, which would disseminate content, buy ads, and drive people to other sites, to an Indonesian media firm called InsightID.

Reuters was not immediately able to reach the firm for comment.

There has been a spike in protests and unrest since late August in Papua, which suffered some of its worst bloodshed in decades in September, with 33 people killed and scores injured.[L3N26O2GS]

Researchers had independently warned in September that there had been a rise of fake Twitter and Facebook accounts on Papua, with some of the fake accounts posting pro-government content.

One, according to Facebook, was based out of Egypt, but targeted the rest of the region by posting content in support of the United Arab Emirates, Saudi Arabia, and Egypt, as well as criticism of Qatar, Iran, Turkey and Yemen’s separatist movement.

The executive said this operation used fake accounts “to masquerade as local media organizations in a variety of those countries … and amplify the content they were posting.”

According to Agranovich, Facebook found evidence some of the pages had been purchased, with regular changing ownerships, as well as deep links to Egyptian newspaper El Fagr, “which is known for its sensationalistic content.”

As a result of the investigation, Facebook has also removed El Fagr’s official media pages from its platforms, he said.

Facebook said the third network, which it tracked to three marketing firms in the United Arab Emirates, Egypt, and Nigeria, involved fake accounts which spread on content on topics like UAE’s activity in Yemen and the Iran nuclear deal.

The social media giant has recently been cracking down on such accounts after coming under fire in the last few years for its self-admitted sluggishness in developing tools to combat extremist content and propaganda operations.