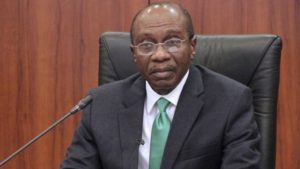 The Central Bank of Nigeria has said currency in circulation moved to N2.02tn in August from N2tn the apex bank reported in July this year.

According to the CBN, N2.01tn was the total currency in circulation in June from N2.11tn and N2.16tn in May and April, respectively.

For March, the apex bank data on its official website revealed N 2.15tn and N2.14tn in January.

Investigation by our correspondent revealed that currency in circulation in 2019 has remained at an average N2tn as against N1tn the previous year.

The Head of Research, PanAfrican Capital Plc, Mr Moses Ojo, attributed the hike in currency in circulation to the 2019 general elections, stressing that the CBN’s cashless policy of 2002 had worked in movement of physical currency.

Ojo said, “There are a lot of informal activities that cannot be documented when it comes to movement of currency. The main reason why currency in circulation increased this year is due to the elections.

“Elections in Nigeria are based on cash settlement. The electorate will not want candidates to credit their accounts but want to collect cash before voting.

“The 2019 elections in my own view had led to an average N2tn currency in circulation this year.

“It is going to take some time before the apex bank mops up currency in circulation.”

The CBN in 2002 introduced the cashless policy to eliminate the amount of physical cash (coins and notes) circulating in the economy, and to encourage more electronic-based transactions (payments for goods, services, transfers, among others.)

According to Ojo, the cashless policy of the CBN has worked as indicated in volumes and values of Unstructured Supplementary Service Data and online transactions.

The CBN Governor, Mr Godwin Emefiele, in his five-year policy thrust (2019-2024), said the bank would reinvigorate its efforts at driving the cashless initiative across the country.

He said, “Given Nigeria’s large size and the cost involved in building bank branches across the country, the payment department will support the spread and utilisation of digital modes of transactions so that every Nigerian will have access to financial services.”