Skip to content
Bordered about the spate of desperate migration among the Nigerian youths for greener pastures abroad, the Comptroller General of the Nigeria Immigration Service (NIS), Muhammad Babandede MFR has suggested ways out of the menace.
He spoke in Calabar while delivering a presentation titled Exploring Regular Migration/Assisted Voluntary Returnees and Reintegration To Reshape Economy And Human Development during the Cross River State Migration summit held on April 22.
Represented by the Comptroller NIS Cross River State, I.C Emenike Mni, Babandede submitted that eagerness and desperation of the youths to jet out of the nation irrespective of the risks involved could be curtailed through “proper monitoring, supervision and control activities of our voluntary returnees and reabsorb them into the society to balance facilitation and security through internal monitoring mechanism.
While calling for the attention of the Federal and state governments to be focused on youths friendly sectors such as ICT, Sports, entertainment, hospitality and agriculture, he advised the Central Bank of Nigeria to step up provision for credit facilities to entrepreneurs and young school leavers.
These, he said would enhance human capital development and reduce the attraction of “Greener Pastures” and Brain drain.
Emenike noted that there was a need for improved economic status and citizens’ standard of living stating that ” the illiteracy level of most countries in the West Africa Sub-region is far below the United Nations Standard. For proper socio-economic and political economic development, government at all levels must provide adequate and affordable education to her citizens”
Dignitaries at the event include Governor Benedict Ayade represented Prince Michael NkuAbuo, the Managing Director of state’s Migration Control Services Agency, Minister for Labour and Employment for State, Chief Festus Keyamo, (SAN), Chairman Senate Committee , on Foreign Affairs Senator Adamu Mohammad Bulkachuwa, Senior Special Assistant to Oyo State Governor on Diaspora Matters, Bolanle Sarumi Aliyu, President, Journalists International Forum For Migration (JIFORM), Ajibola Abayomi, Principal Special Assistant to the Benue State Governor on Micro, Small and Medium Enterprise, Mr Emmanuel U. Doughdough and representative of Obong of Calabar. 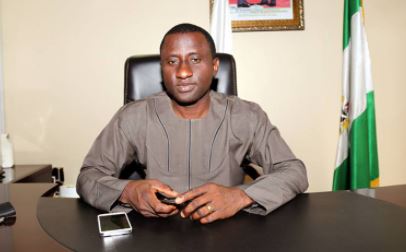