Skip to content
…Pledges to Optimize Cost, Boost Remittance to FAAC
The Nigerian National Petroleum Corporation (NNPC) has clarified that the revenue projection contained in the letter to the Accountant General of the Federation being cited in the media pertains only to the Federation revenue stream being managed by the Corporation and not a reflection of the overall financial performance of the Corporation.
A press release by the Corporation’s spokesman, Dr. Kennie Obateru, stated that the clarification became necessary in the light of media reports insinuating that the Corporation was in financial straits.
NNPC maintains that it is conscious of its role and was doing everything possible to shore up revenues and support the Federation at all times.
“The shortfall will be remedied by the Corporation as it relates only to the Federation revenue stream being managed by the NNPC and does not reflect the overall financial performance of the Corporation. The NNPC remains in positive financial trajectory for the period in question,” it stated.
The Corporation pledged to continue to pursue and observe its cost optimization process with a view to maximizing remittances to the Federation Account.
It would be recalled that NNPC, in a letter to the Accountant General of the Federation entitled: Re: Impact of Hike in Crude Oil Prices on the Deregulated Downstream Sector: Projected Remittance to the Federation Account for April to June 2021, which was inappropriately shared by unscrupulous persons, had projected that it would deduct the sum of N112 billion from Oil and Gas proceeds for the month of April 2021 to ensure continuous supply of petroleum products to the country and guarantee energy security.
This has fueled reports of impending revenue shortfalls with dire consequences for the various tiers of government.
NNPC, however, assures that it would continue to meet its financial obligations to the Federation. 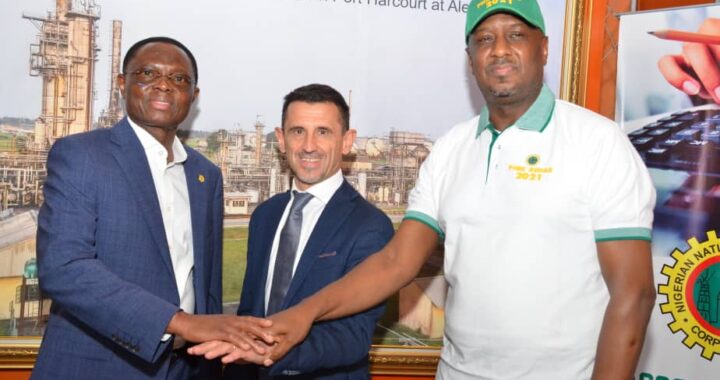