Skip to content
The Nigeria Customs Service, (NCS), Federal Operations Unit(FOU) Zone A, Ikeja has said it seized Explosives and other contrabands with DPV of N3.1 billion between February 9 till date.
This was disclosed  to Journalists in Lagos onTuesday  by the Acting  Customs Area Controller of the Zone, Deputy Comptroller, Usman Yahaya.
Yahaya said ,” Section 158 of Customs and Excise Management Act CAP C45 LFN 2004 as
amended, has given us powers to patrol and search everywhere without restrictions. Section 147 of the same CEMA empowers us to enter into any
premises without search warrant, provided there is credible information on prohibited items deposited therein for us to strike”.
Further he said ” the power to seize and prosecute offenders is also embedded in Sections 46 and 47 respectively.”
According the CAC, apart from the 42 drums of carbide(Explosives) and N3.1billion worth of goods, the Unit realized N242.5 million Demand Notices (DN) arising from under-payments during the period under review.
The Controller while informing that the offenders are liable to prosecution without option of fine said nine suspects were arrested in connection with the seizures and two
out of the nine have been charged to court while the other Seven are on Administrative Bail.
” Everyone should be worried about smuggling because it begets
unemployment, drug addiction, criminality, proliferation of light and small arms, substandard goods, and so on.
“Just like crime fighting which is the responsibility of everyone and not only security agents, the same applies to smuggling. You can imagine what would have happened if 42 drums of Carbide (explosives) had entered wrong hands”, Yahaya said.
Some of the seized items which the CAC said was made possible by people providing credible informations Include;
20,538 bags of foreign parboiled rice, 3,106 cartons of frozen poultry
product, 1,488 kegs of PMS at 25 litres each, 1,035 bales of secondhand
clothing, 77 cartons of tin tomatoes, 2,843.6 kg of Indian Hemp, 877
bundles of printed wax/textile materials, 29 different brands of used
vehicles, 2,969 cartons of Eva soap, 42 drums of carbide (explosives), 549
cartons of Tramadol and 12 units of used motorcycles with DPV of N 3.1
billion. 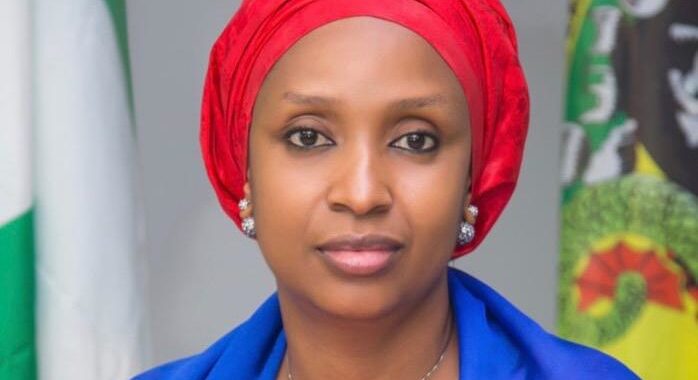 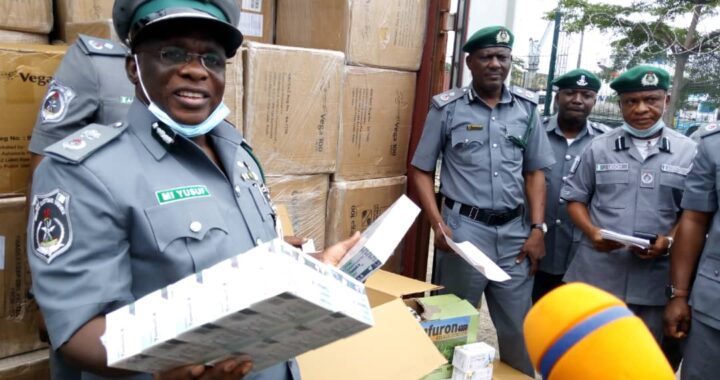 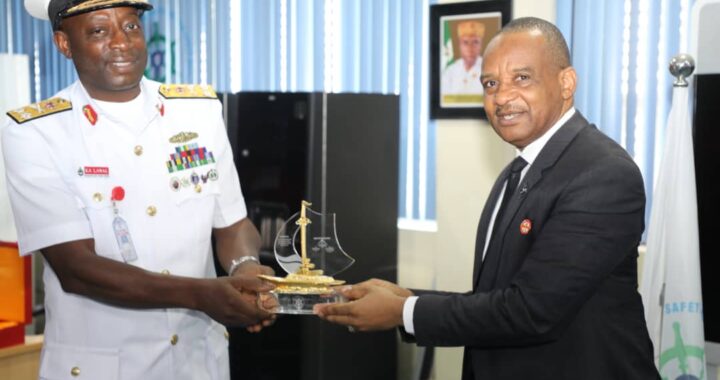 NIMASA, Navy To Collaborate On Training, Accreditation Of Courses