Kano State Governor, Abdullahi Ganduje has called on the Nigerian Shippers’ Council (NSC) to follow up with the Federal Ministry of Transportation to declare Dala Inland Dry Port as a destination port.

Ganduje made the call when he visited the Executive Secretary of the NSC, Mr Hassan Bello, at the council’s headquarters in Lagos on Friday.

According to him, declaring Dala a destination port will boost the economy of the state and help facilitate efficient handling of both import and export cargoes.

He urged the council to consider rail extension into the inland port and ensure cooperation and collaboration between shipping lines and their agents.

Ganduje also urged NSC to facilitate the actualisation of the inland port to a Transport and Logistics Free Zone and facilitate linkages and access to the markets in the Sahel African countries, particularly Chad and Niger Republics.

He appreciated the shippers’ council for its initiative in promoting the establishment of inland dry ports in order to make shipping services available to those in the hinterland.

“It is a known fact that logistics is the livewire for any economic pursuit and when goods are produced at any location, their values can only be realised when they get delivered to the ultimate users.

“The Dala Inland Dry Port have since its conception in the last 20 years faced varying challenges but the efforts of Bello have been its life saver.

“The Kano State Government under my watch appreciates the economic importance of the inland dry port project to the socioeconomic well-being of my people and we are fully committed to facilitate and support its actualisation,” he said.

He noted that the state had provided 200 hectres of virgin land free of encumbrances required for the two integrated projects – the Inland Dry Port and the Special Economic Zone.

He listed the critical infrastructure provided by the state for the actualisation of the project as; construction of standard dual carriage access road to the project site, power and water, among others.

Earlier, Bello described the Inland Dry Port as one of the tools which Nigeria could use to harness the gains of the African Continental Free Trade Agreement (AfCFTA), adding that Nigeria needed to get ready to receive and utilise it.

The Shippers’ Council boss thanked the Kano State Government which, he said, had already committed about N2.4 billion to the access road to the terminal which is 50 per cent completed.

He noted that the perimeter fencing was being done, while electricity, water and many other amenities were provided at the dry port.

“It is not by our size or our population, it is how far we have gone to bring infrastructure, industries and productions in our various states for the benefit of Nigerians.

“The Free Trade Agreement is the largest single market accounting for about $4 trillion in spending and investment across 54 countries; it will cover 1.2 billion people in Africa, and over $3 billion in gross domestic product.

“By 2050, it will expand the economy of Africa to $29 trillion, and boost intra African trade which is currently at 18 per cent to 52 per cent.

“In Europe, the trade amongst themselves is 70 per cent; in North America it is 49 per cent; while in Asia they have 35 per cent. But in Africa, we have only 18 per cent.

“However with the introduction of the AfCFTA, we will go up to 52 per cent but the benefit will depend on infrastructure.

“Currently, Africa has a deficit of infrastructure of over $100 billion,” he said.

Bello pointed out that Kano State had started bridging that gap and had an advantage over other states.

The NSC boss said that he hoped that the Ministry of Transportation, through the Federal Executive Council (FEC), would approve the inland port by December, laying the foundation for a significant port in modern Nigeria.

He noted that the Dala Inland Dry Port would be directly under the supervision of the NSC and that it would be a port with electronic gate, 24-hours operation, with multi-modal approach to cargo delivery.

Next Post NNPC Disclaims Reports Of Bribe To NANS, Funding Of Vote-Buying In Ondo 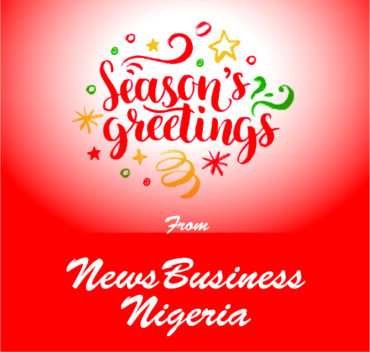