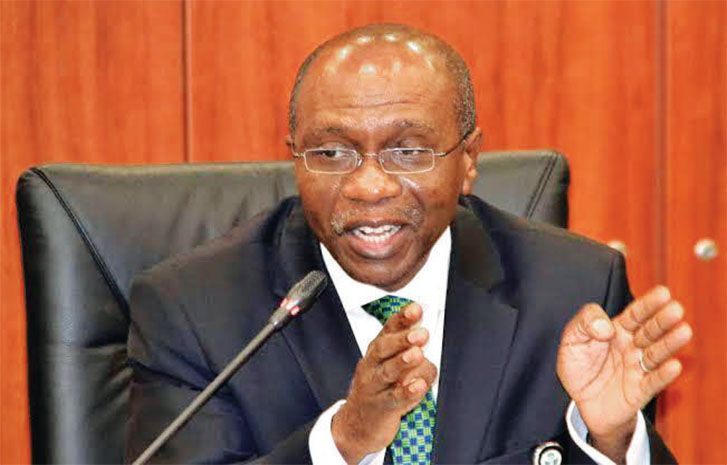 The Central Bank of Nigeria, CBN, has adjusted the official exchange of the naira to N379 to dollar from N360.1/$, according to information on its website.

The adjustment which occurred on Thursday suggest a unifying of the country’ s exchange rates in line with the promise made by Godwin Emefiele, the Governor of the Central Bank of Nigeria.

This is the second  adjustment of the official exchange rate after the rate was adjusted from N307 to N361 on the 20th of March 2020.

In June, the CBN Governor Godwin Emefiele assured investors in June that the CBN will unify the exchange rate around the NAFEX rate in line with the conditions of the world bank.

However, this has taken longer that required and may have resulted in the postponement of a planned world bank meeting where an approval of the initial $3 billion loan from the world bank would have been obtained in September and October for the Federal and State Governments respectively.

One of the conditions for the disbursement of the loan was a unification of the exchange rate which most analysts believe the CBN has dithered on for months.

Nigeria’s exchange rate at the NAFEX closed at N386/$1 on Friday, August 7,  a N6 premium from the Central Bank’s buy rate.  This however is closer when compared to the N26 disparity when the exchange rate was N360/$1.

The latest adjustment however indicates this could be the CBN’s biggest move yet at exchange rate unification as the rate is closer to if not the same with the N380/$1 announced in July for the SMIS window.

The World Bank committee working on the loan was meant to present to their board on August 6th 2020 but it appears this has now been moved to a latter date. Critics suggest this may have been due to the delay to meet conditions precedent to granting the initial $1.5 billion loan some of which incudes the $1.5 billion loan.

According to the Minister of Finance, Zainab Ahmed  Nigeria was raising “in the first instance is $1.5 billion for FG and around September October we are hoping to close out on the facility meant for states and the amount is meant to be $1-1.5 billion.” The implication of the delay in obtaining the loans suggest states banking on the world bank facility will not have to wait beyond October should the world bank refuse to reconvene next week.